History under our feet 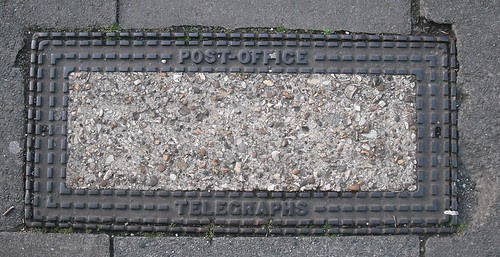 Wandering around, it's amazing how some incredibly mundane things survive. Take this manhole cover I photographed in Finchley at the weekend. A perfectly serviceable item, still doing the job it was intended to do after many years, it celebrates a time many, many years ago.

Once upon a time, well until 1981 anyway, the Post Office ran Britain's telephone system. Then British Telecom was created, we saw the end of lovely red 'phone boxes made of cast iron and the introduction of stainless steel items ushering in an age when we stopped making anything to last. Cheap and nasty - that's what we wanted.

The manhole cover dates from the old days. I particularly like the fact it includes the word "Telegraphs" in the casting. Does this place it in an era when the telegraph was still a serious communication tool? I'm sure I've seen these with "Telephone" cast in them. In fact there is probably a specialist website for spotting them...

Of course, if I'd thought about it, I'd have measured this so you could print out the photo and set the result in to your model pavements. But I didn't. It was early in the morning and I wasn't really thinking properly.

I did find a Morris Minor van in the same street though. I wonder if this also used to work for the Post Office? 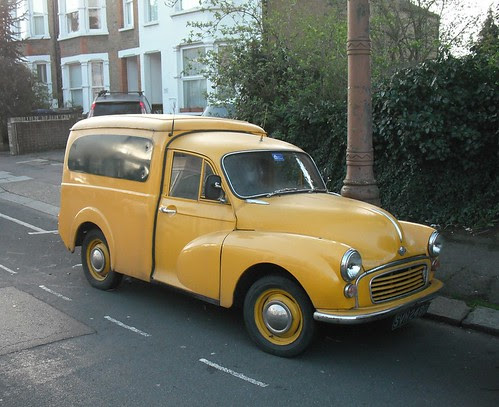 Sometimes there is even more to see when we look down http://greatwen.com/2013/11/07/secret-london-streets-beneath-streets-of-london/