There's a hole in my hull

Re-starting the Bantam project, I remembered that I wasn't entirely happy with the weight distribution in the hull. While the model sat level when stationary, give it a bit of thrust and the nose dipped down.

No problem, I thought, I'll just take some of the weights out of the front.

I'd used some lead lumps acquired from who knows where, fixed in with cheap epoxy. Tentatively sticking a screwdriver under one, it peeled away, bringing three friends with it.

Thinking I'm on a roll, I tried to remove one from the rear the same way. The idea was that I could re-weight the boat from scratch this way.

Sadly, peeling it from the plastic hull didn't go well. 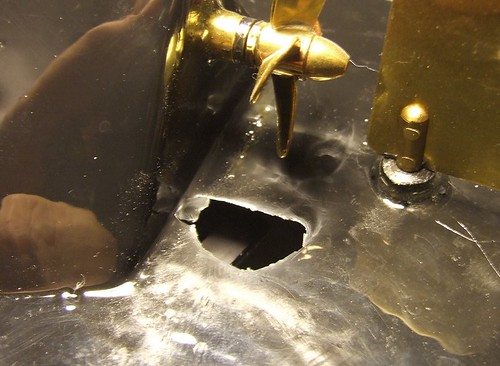 Not good. However, I've been messing around with ABS and plastic weld recently, so I fancied my chances of setting a styrene patch into the ABS hull.

First, the holes was tidied up and then a square patch cut so it was a tight fit. Next, Plastic Weld was liberally sploshed around the join.

All looked good, but to be sure, I ladled on some epoxy over the joint inside. Hopefully we're now watertight. 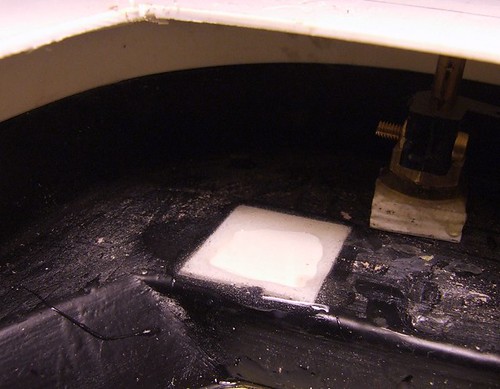