Wagons and a cottage in BRM

Plenty of wagon action from me in the June issue of British Railway Modelling magazine. I'm hard at work saving a few second hand examples from the bin.

Starting with RTR models, there are a couple of Airfix 5-planks first made in 1978 and therefore older than many readers, but still respectable models, even today. Modifications are limited to these but as a starting point for weathering and tinkering, they are as good as it gets. 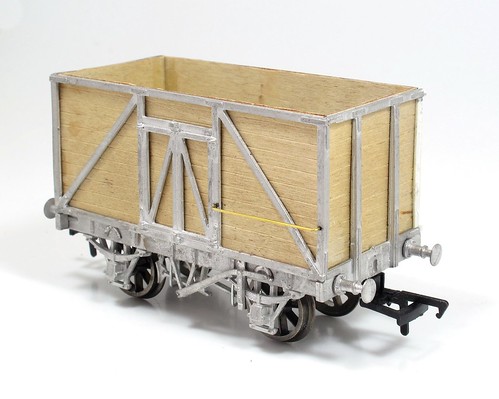 I can't avoid trying an old kit too, but there doesn't seem to be much point building an ancient plastic kit. Instead, I found a really old Kenline kit produced in plywood and whitemetal. This is much older than a lot of the readers, including me. In fact I suspect most modellers will never have heard of the range at all, but then that's the fun of grubbing around in boxes under second hand stalls. 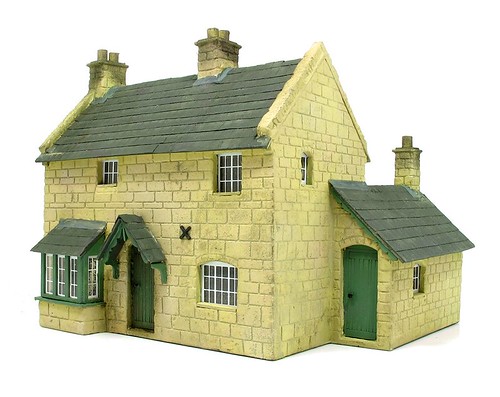 My other major project this month is a cottage kit from Petite Properties. This is a departure for me as the walls are supplied without any sort of finish. It's up to the modeller so to add this and so I've dabbled with filler and a sharply pointed tool to produce a reasonable stone finish.

You'd think scribing this would be dull but I found it relaxing and surprisingly quick. OK, the stones could be smaller but I'm just at the top end of the prototype according to some measurements I took. The kit itself is really nice and full of character so I'm looking forward to trying more from this supplier.

Finally, with the Bachmann Grain wagon in mind, I've put together a couple of pages for anyone wondering what to do with theirs. No plans to produce a definitive account, just some starting points and an overview. There's plenty to get your teeth in to with the topic so there's a reading list that you might care to work through, perhaps with a pint to hand...
Posted by Phil Parker at 5:30 AM

For modellers of my age, Kenline was an absolute must. Cheap and beautifully cast axleboxes and brake gear. Before the days of all this springing tosh. They worked perfectly on our EM layouts.