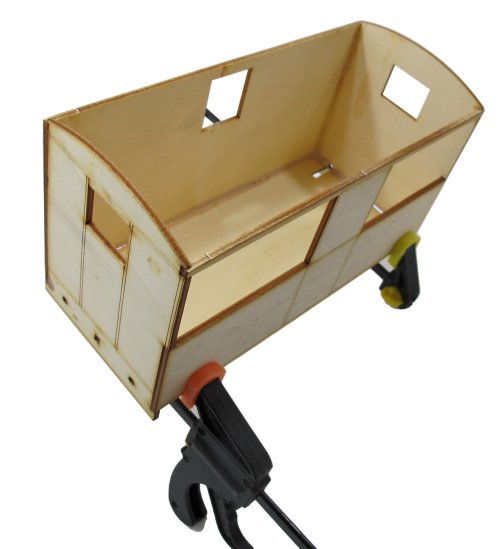 This is one of those projects that starts fast, but will slow down as I reach the detail stages. Some models are built as a series of sub-assemblies that come together in a wonderful crescendo, but this is the other way around.

Sticking the main bits together should be easy, but for some reason, all the glues decided to misbehave (does this happen to anyone else?). PVA that normally grabs in 20 minutes dried without grasping anything. Super-phatic was better but still not working as fast as normal.

Eventually I resorted to UHU superglue. I've never been a fan of superglue on wood - in my head it's not suppose to work on porus surfaces, even though loads of modellers use it very succefully. This time it did the job, so I really need to get over it.

Ultimatly, with a combination of adhesives, and the assistance of some clamps, the basic box was made up and doesn't seem to be inclinded to fall apart again. 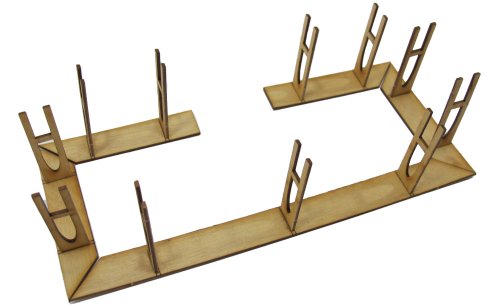 Inside, the counter is made up of five flat pieces supported by legs. The position of these is marked and to my surprise, a bit of Super-phatic on the top and they stayed where I put them without further support. 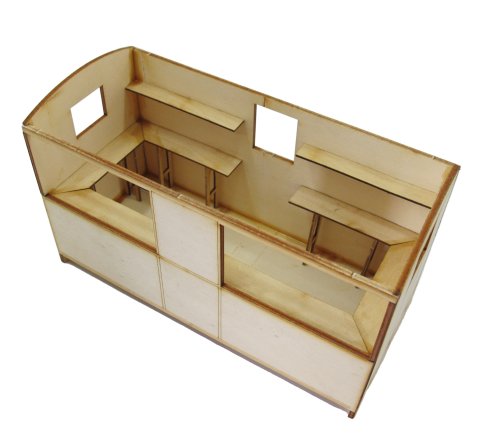 All fitted inside perfectly, and while I was at it, I added the shelves for the back wall. No measurements or markings are provided for these so I worked by eye, using a gauge to ensure the shelf tops were parallel to the top of the wall - and hopefully flat enough that things won't roll off them.

The finishing touch was a coat of sanding sealer to give me a nice smooth surface for painting later. Do this in a well-ventilated area, it's a bit smelly.