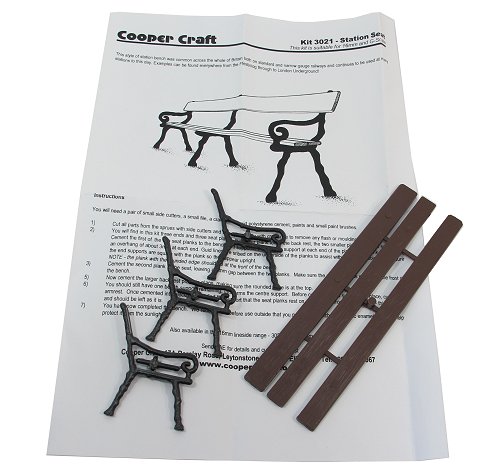 Considering how much I (generally) love Cooper Craft kits, and that I'm moderatly interested in garden railways (!), it's taken a long while for Kit 3021 - Station Seat, to land on my workbench. I think it's because my preference is for cartoony figures and accesories, and this is quite realistic.

However, some lucky bidding on eBay brought three of these my way, two for 99p, so it's time to have a dable.

The design looks to be one of the northern railway companies destinctive "rustic" benches. I thought Furness, but the photo I found online is South Tynedale Railway.

Why something distinctive was chosen is a mystery, but it doesn't matter. The kit contains three uprights and a set of seat/backs. The latter have to be seperated and glued to the uprights. No positive location aids are provided, apart from some slightly raised lines on the back of the "wooden" parts.

The plastic is odd. It discolours with Mek, and takes a while to set.

The middle support needs to be trimed to remove the arm rest. Easy to do with some clippers, I left it until the bench was assembled, because I didn't read the instructions properly. 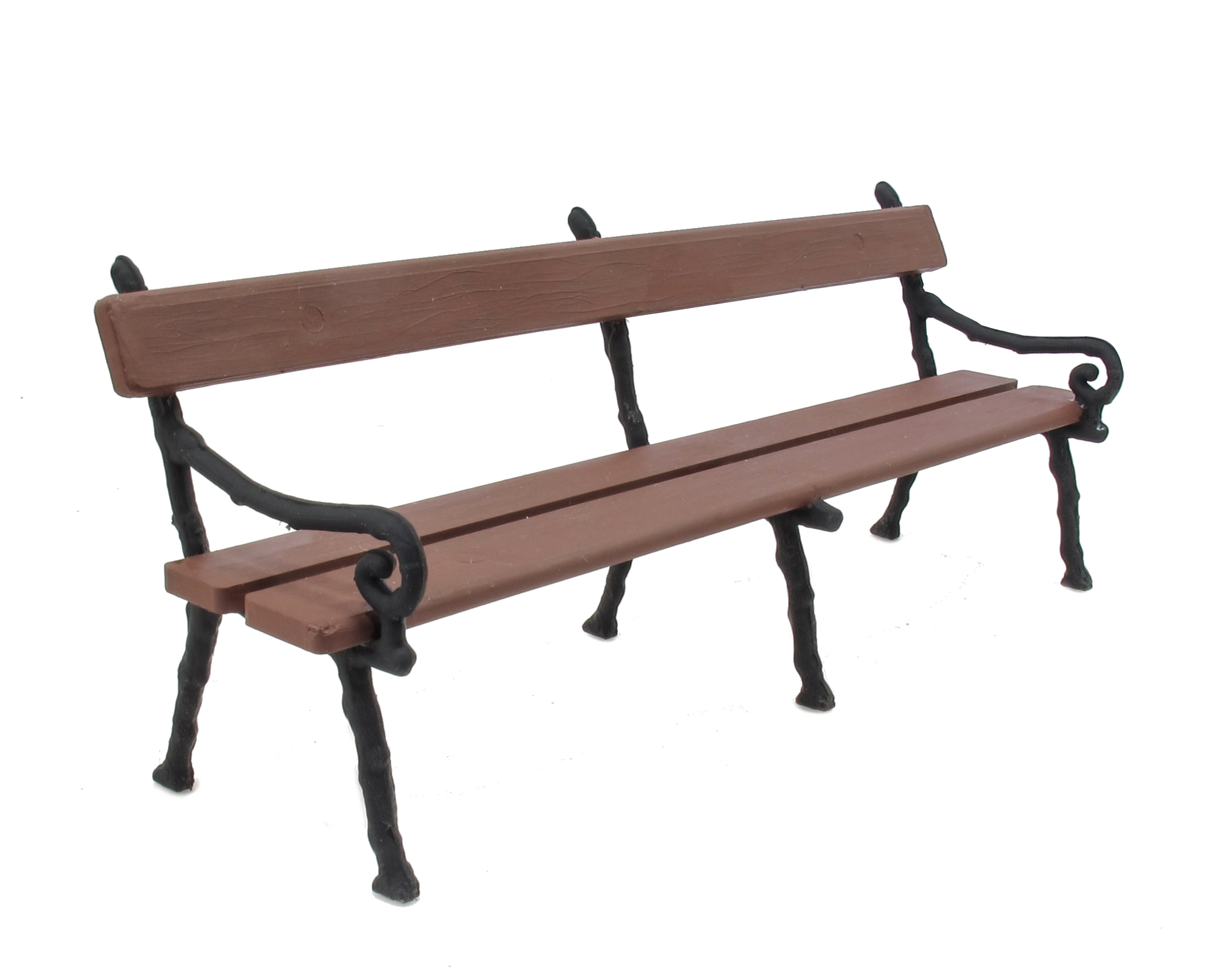 The model is 16cm long - 10ft in real terms. Not unatractive, when I find uses for them, I'll make up the other kits as a set will look nice on the railway. They will need to be fixed down though, as a plastic bench is very light!