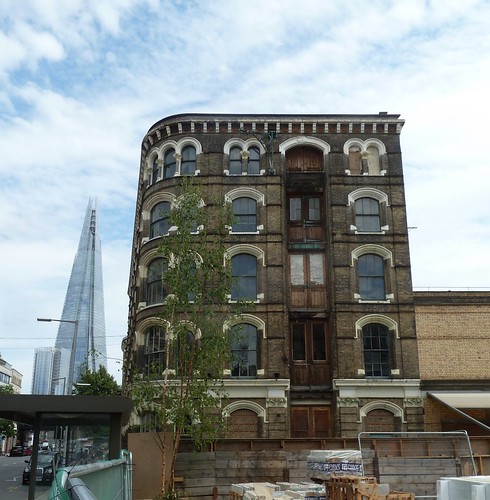 A recent trip to London has furnished me with a few "Warehouse Wednesdays" that actually meet the definition.

The first is the Menier Chocolate Factory, now a performing arts venue, but owes it's existence to the decision by the French Menier Chocolate Company, to expand overseas, They built a five-storey factory and warehouse of brick with stone dressings 1865 and 1874. The company found themselves in truble after WW1 and eventually, after a series of buyouts, became a tiny part of Nestle. The factory was listed Grade II in 1996.

As a modelling prospect, it's not that inviting, being a large, ornate structure. My guess is that this is a job for 3D printing as all though ornate windows would be very fiddly to reproduce by hand. As a series of identical "units" though, they would be perfect for CAD design as once the first is worked out, it can just be copied into each position on the drawing.

Mind you, there's still the challenge of printing - that curved cover will be the biggest obstacle. Maybe a break line in the raise brick "pillars" so the model could be produced as a series of flat(ish) parts?