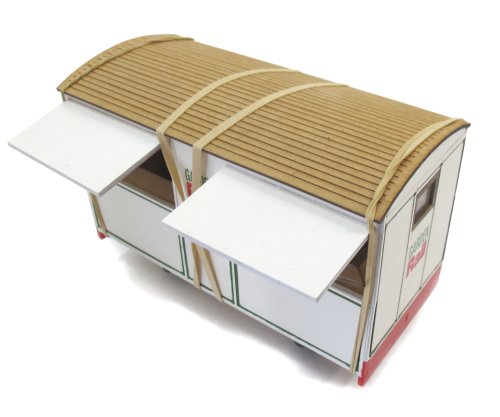 IP Engineering supply a nice laser-etched roof for the coach kit, but I'm not sure which way up it should be fitted.

Etched lines up, and it will need covering with tissue, but would represent the planks found on real vans and carriages. I'm not convinced you can actually see these in real life, but modellers like to represent them sometimes.

Etched lines down and the roof is slightly harder to bend, but the top surface is smooth amd ready for paint.

I've gone for etched up, as I fancied covering the roof with some "corrugated iron". The sort of thing that might have happened to static vans in the early days of preserved railways. Well, it's my model and I think it looks fun. 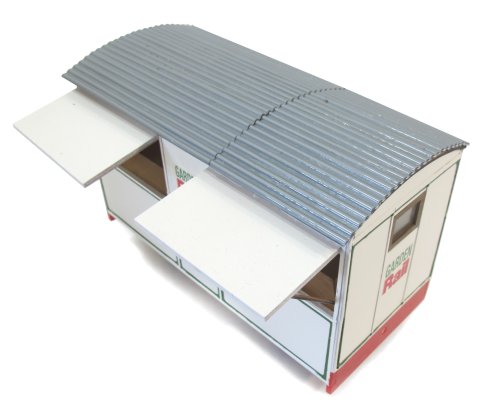 The wiggly tin comes from Bole Laser Craft, and is vac-formed plastic. I wound it around an aerosol to put too much bend in it first, then fixed to the roof with some gel superglue that promises and super-strong bond.

Setting time was short enough I could hold the plastic in place, saving messing around with elastic bands. I know I'll knock the shades off if I do too much of that!