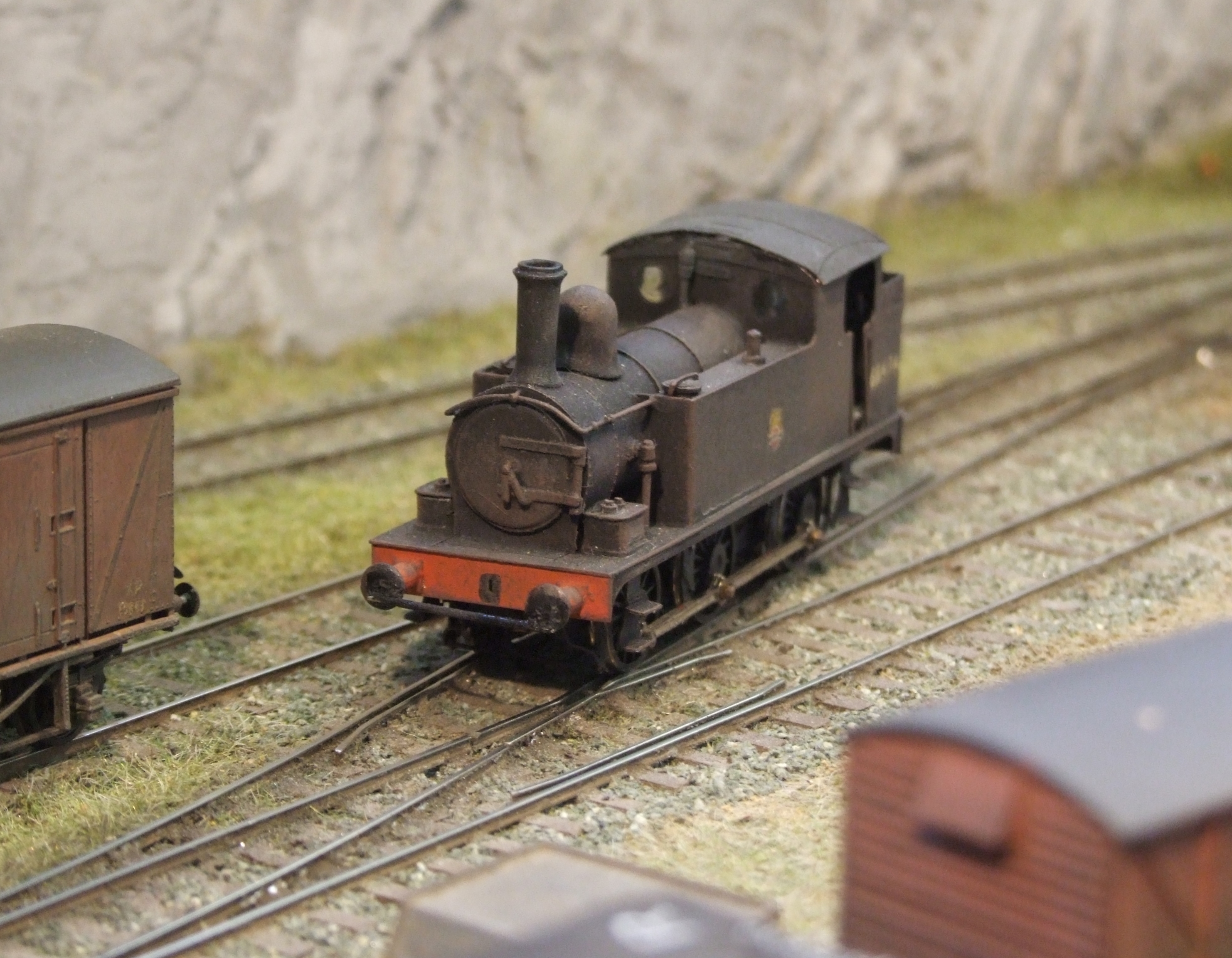 The news that Peco are going to re-introduce a TT range came as a complete surprise to me. There have been rumours that Hornby has looked at doing this, and even that one of the newer manufacturers has sniffed around the scale, but despite my prodding, we've heard nothing official.

Suddenly though, Peco has jumped up and announced some track, a set of GWR buildings and even a 5-plank wagon. All from nowhere.

Obviously, I think more model railways is a good thing, but as a 3mm scale modeller in the past, I have mixed feelings.

For a start, this is continental TT, NOT British TT. The former uses 12mm track and the correct 1:120 scale whereas, we used 12mm track and 1:101 scale so 1960s motors will fit in our little locos. As such, I'd say that this isn't re-introducing the scale, it's doing it again from scratch - at least as far as Blighty is concerned.

The only problem is that your ancient Tri-ang models won't run on the new track, and if they do, they will dominate the new correct scale rolling stock (OK, I know there is only the promise of a wagon at present, but let's assume more will follow). Does this matter? With the exception of the Class 31 diesel, the range is pretty crude by today's standards. Trying to support that legacy stuff would have held the new scale back. Tri-ang collectors can carry on running thier models on old track, or even the newer Peco stuff for HOm (I think). Anyone wanting something more realistic can junp straight in with the new models.

The other option would have been to produce 14.2mm gauge track and enter the 3mm:1ft 1:101 world. That way, the "new" scale would have been supported by a load of very nice Parkside kits supplied through the 3mm Society. Personally, that's the direction I'd have prefered, but I'm not taking the commerical risk.

By going 1:120, there is a lot of continental hardware available, even if it doesn't look very British. That support makes sense, and also the track can be sold into those markets where TT isn't a forgotten scale.

What we are going to end up with is, for British modellers, a brand new scale. While I'm sure the 3mm Society will welcome newcomers with open arms, I suspect those wanting to try TT won't be the sort that join scale societies. They will be hovering on forums and demanding ever more models RTR. The 3mm Soc. will continute to support 3mm modelling - slighly larger than "new" TT, as well as "old" TT with a Tri-ang badge on it - as well as, ironically, Peco badges from the 1960s!

A lot depends on a major manufactuer breaking cover with some rolling stock. Hopefully they have already talked with Peco and weren't planning New-Tri-ang with 1:101 stock on 12mm track. That would be a little embarassing. With no new trains, the scale will barely become a seedling, never mind blossom.

TT, in all flavours, is a lovely scale. Rolling stock to the standard of modern OO or even N would be wonderful, but is there a big enough market willing to jump ship from another scale?

It seems that gaugemaster are introducing some items now as well

Those are existing continental items, not new ones.

I would jettison OO and go new TT for my inside layout at a heartbeat. The space saving with Table Top is worth it, and with a few well chosen prototypes - i think it would be a hit - An HST, Cl47, Cl37 and a Black 5 plus say your celebrity engines like 4472 or Mallard. Some MK1 coaches in all the colours, 16 ton mineral wagons - The formula is there. To succeed you would want a bit of a price advantage over O0.

Hmmm. 3mm models will cost the same as OO to tool up, but a lot less of them will be sold. That would suggest that unless the manufacturers wish to sell at a loss.