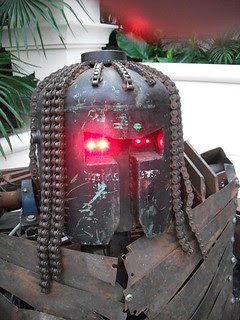 People have many different motivations for visiting an exhibition. Mine was to practise some driving.

So, my theory was that if I have a go on a Sunday morning, I'll get a feel for the run. The show provides an ideal excuse as I don't want to drive there, look at the view and come home. I enjoy the ME shows and at least there was a chance of cake inside.

The run down was fine. Ignoring the satnav, I headed for the M1 as this gives less North Circular time at the southern end of the trip. We parked up in a free space and wandered in to the hall. An hour early admittedly, but who cares. A reward of tea and carrot cake seemed like a good idea, although the sausage stand was very, very tempting.

We also had time to look at the snooker table that accompanied the tournament taking place at the same venue and kicking off a few hours later. It would make a cracking place to build a layout although perhaps a little hard to move.

Anyway, inside the hall the show is just like every other engineering show. Some heavy metal models and people selling tools and stuff. I think the London shows is less engineering-y than the Midlands one. The exhibits tended towards the boats, lorries. planes and plastic kits rather than traction engines.

What we did get that you don't see in the Midlands is the Imagineering stand giving youngsters hands on time with some engineering projects. I'm jealous of all this as there wasn't anything like this when I was a kid. Given the chance, I'd have spent all day being taught how to make stuff. 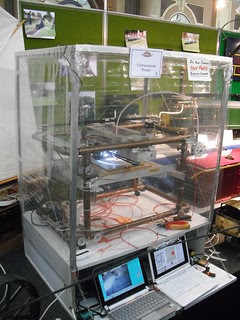 As it was, there was perving over 3D printers and CNC routers. At least 3 of the former were on show including a home-brewed version by the Harrow and Weldstone club. I'm still not convinced for production work but at prototyping tools, they are brilliant and yes, I would like one please. It wouldn't make me throw away my tools but as a bit of fun...

The other impressive display was from Robot Wars. The "robots" (they aren't, they are radio controlled) are amazing bits of heavy engineering. Watching something the weight of a sideboard flipping itself 5 feet into the air is amazing.

Lunch in the subterranean restaurant was excellent. Friendly staff and good food. OK, a bit pricier than normal (main meals £9.50) but you tend to pay a little over the odds at exhibition venues and it was very good stuff.

Back upstairs, there was a large radio controlled lorry display and RC flying in a netted off section of the halls. In this respect, the show is much more like a European multi-discipline event than a traditional UK show - fantastic as far as I'm concerned. I'd love to see more of this at the Midlands show. Mind you, they have been granted planning permission to extend the venue, so maybe in the future.

Possibly my favourite stand was that from The Society of Ornamental Turners. I'd never heard of them before but it seems that rescue vintage turning equipment, restoring it and then taking the machines out on the road to demonstrate the fascinating equipment. Maybe it's not proper modelling but watching special patterns being carved out of dense wood, perspex and metal is amazing. Maybe this sort of job is now carried out by computer control rather than complicated mechanical linkage, but I'd rather watch the later.

Outside is the final joy - the view from Alexandra Palace is amazing. A panorama of our capital city laid out in front of you. You get this bit for free too. 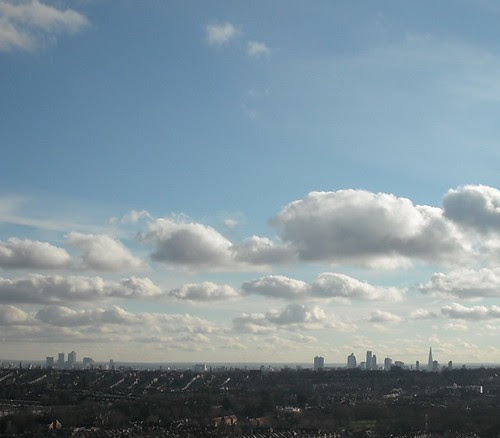 The trip back was less fun. Mrs Satnav insisted we go up Muswell Hill (it must be 1 in 4, clutch smokingly steep in a traffic jam) and then along to the M40 so I'll be ignoring it and heading for the M1 signs next time. It was worth the trip just to learn that.

My photos and videos from the London ME show
Posted by Phil Parker at 5:30 AM

I always used to go to the Model Engineer, as it was simply known, but now it just sounds like a glorified Boys and Girls exhibition, which I gave upon when I was about 12. From what you say, I would now head for the Midlands one. And if they are all full of push button stuff, I won't bother with either. Thanks for the info.