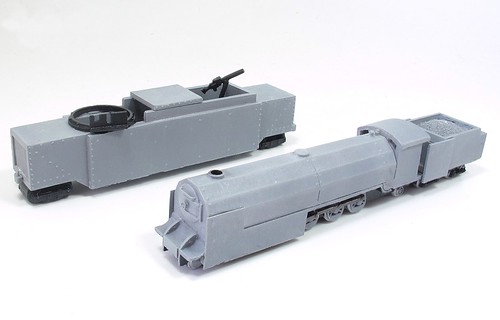 According to the photos, the RH&DR armoured train was grey. To be honest, they are black and white photos so of course it's grey. I think that was the colour in real life too though. Don't be fooled by the replica train. This has brown wheels because (I think) they didn't want to repaint the loco, just plonk a body over the top of it.

Anyway, painting starts with a blast of Halfords grey primer. To add a bit of variation, this is dry-brushed with Humbrol 64 pale grey. Chassis bits are painted black and the wheel treads and flanges, silver.

I think this model is going to need some light weathering to bring it alive but I can't imagine the prototype had a chance to get properly dirty.

The crew are ready to go after painting. I'll not go in to this much other than to say I have used a couple of tricks to be revealed in a future BRM. 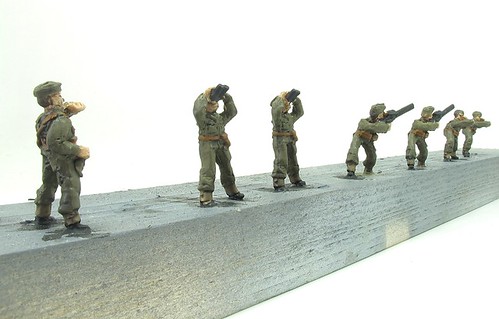