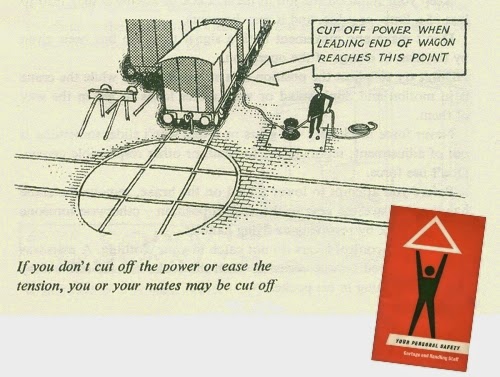 I love old booklets produced by the railways and recently picked up one called "Your Personal Safety - Cartage and Handling staff". Published by British Railways in 1961, it's full of informative safety information for those working in goods yards.
To illustrate the important points, some excellent cartoon drawings are included. Many of these explain fairly mundane tasks for the staff that will be of interest to railway enthusiasts for whom they are exciting and unusual since we don't do them any more.
First up, we have shunting using a powered capstan. To move a wagon, a rope is attached to the buffer beam and wrapped around a powered bollard that is operated with a foot pedal. I've modelled several of these on Melbridge Dock as they were quite common in yards for hauling vehicles out of warehouses. If the same move was required at the same spot, why employ a locomotive?
Anyway, you can see how they should be operated from the picture, and if you are curious what a prototype capstan looks like, here's one I photographed earlier: 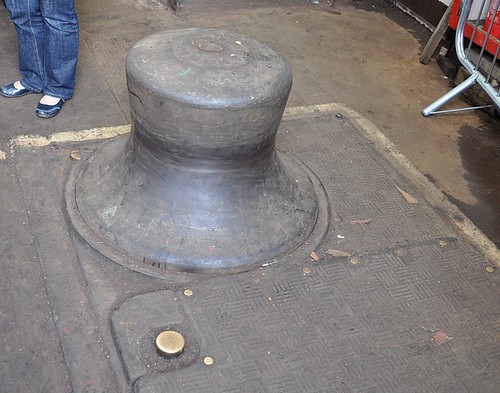