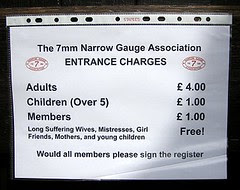 I nearly didn't go here. The plan was to take the narrow gauge coaches to their new owner who was helping out on a stand at the show. Of course the coaches weren't finished (not my fault, I'm missing some castings) but it was a nice day and by booking a little in advance the trip cost 7 quid which meant a nice train ride...

On arrival at Burton on Trent it's important not to do the sensible thing. Do not head towards the town, which is where you might expect the town hall to be, turn left away from it and head towards the tower about 5 minutes walk away. That's were you want to be. If in doubt, follow the single, middle age men. They are drawn to these sort of things. 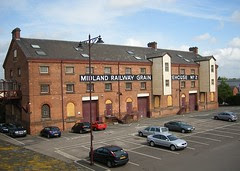 Of course as a real enthusiast you'll be wanting to take a good look at the Midland Railway warehouse on the way. It's been very nicely restored and I suspect, apart from the car park, doesn't look very different from the way it did when new. It's nice to see an industrial building that hasn't been turned into posh flats for yuppies with lots of faux gantries nailed to the front. 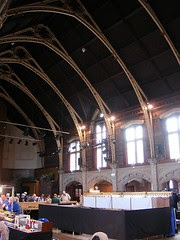 Inside, the building is very impressive - high vaulted ceiling, wooden floor, as an estate agent would say, lots of original features. The layouts are arranged in an island in the middle of the hall with the trade lodged between the columns around the outside. A second room has more layouts and a third the modelling competition. 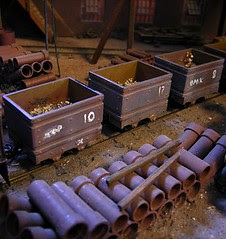 Oddly the things that interested me most turned out to be small tub wagons. One layout had metal tubs that came from Black Dog Minning models. Another some KB Scale V-dump tippers. Both look like the sort of thing that ought to work very nicely on the future On30 layout. The later are in fact designed for the correct 2-foot gauge (14mm) but can normally be converted using a special set of axles to run on the slightly wider OO (16.5mm) track favoured by most. 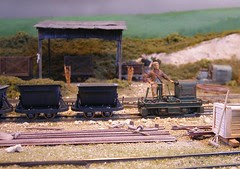 Trade wise there were all manner of wonderful things. I had to keep my hand very firmly in my pocket to avoid buying a couple of PECO Hunslet kits from the second hand stall. They were bargains as they came with Branchlines Chassis for £60 but I really have no use for them. Really. I had to keep telling myself. Sternly.

Email ThisBlogThis!Share to TwitterShare to FacebookShare to Pinterest
Labels: exhibitions, model railway, On30

You should have blogged while you were there - I would have put an order in for a Hunslet!