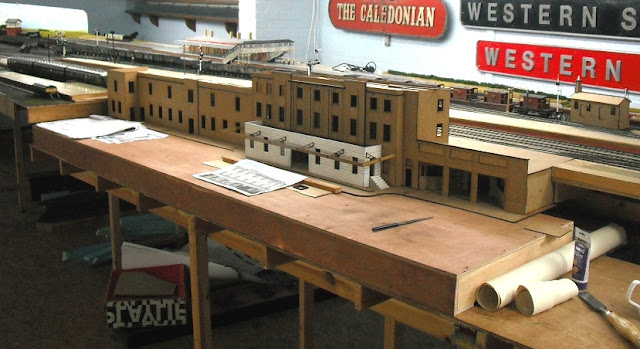 I missed out on a trip to see Pete Watermans train set over the weekend. That was annoying as some of the photos I've been sent show great progress since I last visited 3 years ago.

The biggest step is the creation of the ex-Great Western Leamington Station building. Despite the resources and contacts available to its builder, tracking down plans seemed impossible. Measurements were taken (I bumped into Pete doing this once) and a start made. Due to space constraints, the model was created with one less bay on the end.

Then plans turned up and a new model has been started and that's what you can see above. The main carcass is laser-cut from 3mm MDF. This time I understand it's all to scale. It's an impressive model of a rather attractive building.