Models from the cupboard: Industrial Garratt 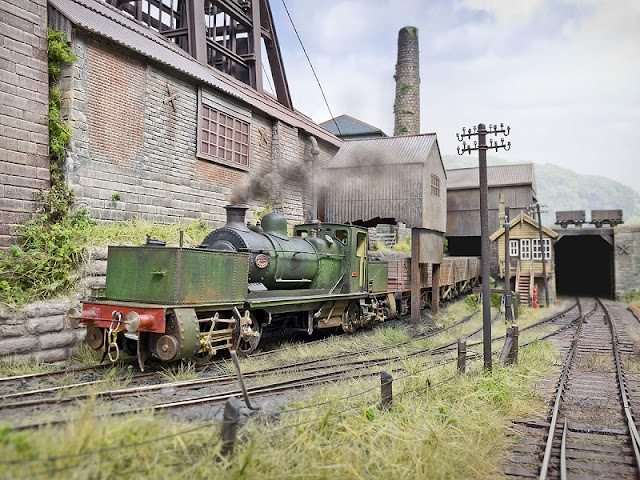 Another loco from the stockbox and a pair of cracking Nevard shots which is all the excuse I need to feature the Garratt again. At least the colliery is an appropriate setting for the industrial locomotive which ran at Baddesley Clinton coal mine. The biggest surprise was that so few people had seen it before - one visitor quizzed me for a while about the prototype.

As far as the model, another thing that people are asking about, it's a Backwoods Miniatures etched brass kit that I built many years ago when in a fit of wealth. Since then regular readers will know that I've produced the same prototype in 7mm scale a couple of times from the Mercian Models kit. In 4mm, the kit is an easier build than you might expect. All the waggly bits are etched the correct thickness so there's no tiresome laminating. Assembled with valve gear rivets and you can do a side every 20 minutes! 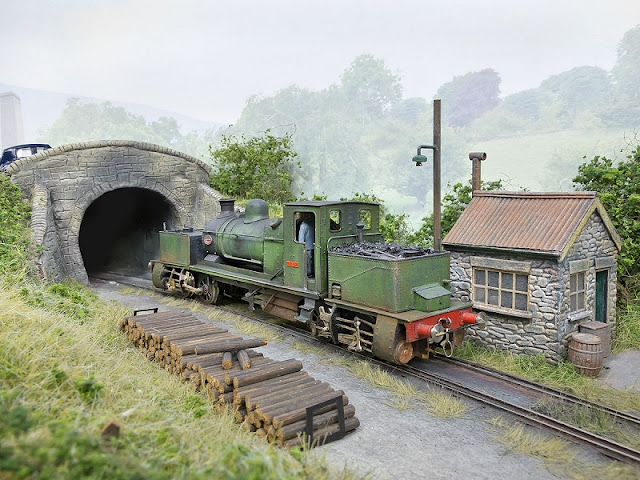 ﻿
My loco might be famous soon - I'm sure that's Ivo Peters Bentley on the bridge!﻿
Posted by Phil Parker at 5:30 AM

A really fine job of the loco, nice one. That last photo is beautiful and sets the garratt off rather well. I love the misty-ness of the background, so atmospheric; it doesn't loom darkly like so many backscenes do. Chris's colliery layout is superb.

Love it. I've got that kit in the drawer - Must build it !

Don't worry - it just squeezes through.