Return of the Boiler House 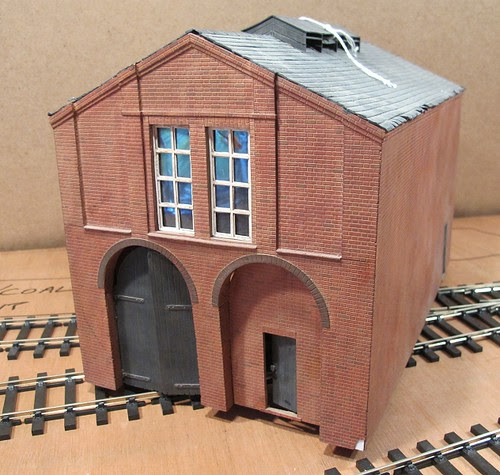 Many years ago, I built a model of the Boiler House from the now demolished Midland Counties hospital in Leamington Spa. It wasn't a precise model, there were no measurments taken - I just counted bricks, but the effect wasn't bad. It looked pretty convincing in its intended home slap bang in the middle of the L&WMRS O gauge layout of the time. 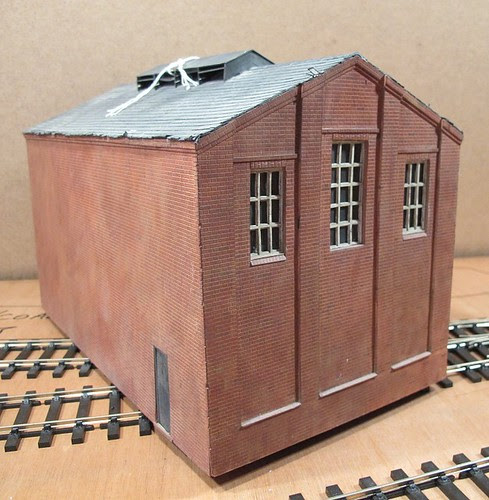 That layout still exists, but has bee re-worked and the building was surplus to requirements. I know this 'cos it popped up on the second hand stall for £20. A little negotiation reduced this to a tenner and I now have plans for it on Clayhanger Yard.

Construction followed my usual Daler board covered with Slaters Plasticard methods and despite being at least a decade old, they seem to be holding up pretty well. 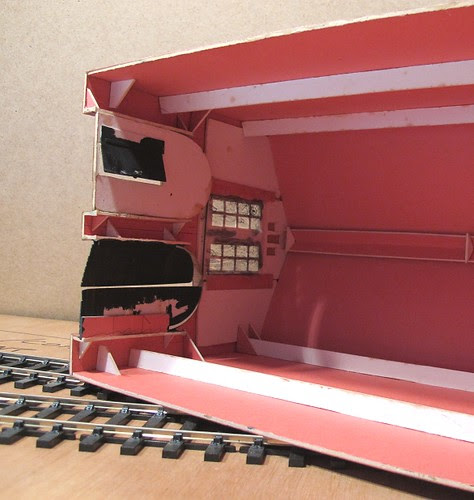 The walls are braced with strips of card and have hardly bowed. Were the model permanently fitted to a board I reckon it would be as square as the day it was built. This isn't down to careful storage either - the original clubrooms was a damp cellar, the next a loft that could get exceptionally hot. Only the current one offers reasonably consistent temperatures.
Anyway, I plan to line the inside of the model with plywood and then remove the side wall that will be against the backscene. That will create a nice size cubby hole for mugs of tea and general exhibition junk.
The outside will need a re-paint as Clayhanger uses pencil crayons for brick painting and the structure has to match. This is a bit of a shame as I think the dry-brushed brickwork looks nice and probably took me an age to do at the time.
It's a pleasure to re-visit an old model and find I'm still happy with it. It's even nicer to think that the boiler house will have a new lease of life and didn't just end up crushed in a pile in the clubrooms or dumped when no longer wanted.
It's nice to return to a ﻿
Posted by Phil Parker at 5:30 AM