Last week, I made my annual trip to the London Toy Fair to bring back all the latest news. There were stands from Hornby, Oxford and even Bachmann under their Toyway guise.

Over on the Albion Yard blog, Paul has published a couple of serious reports covering proper model railway stuff, so if that's what you are interested in, read part 1 and part 2. I was also there to do that sort of thing, but having done it for paper publication, I'd rather show you some of the fun stuff. 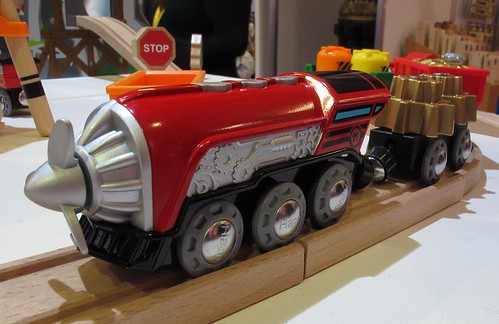 Is it an A4? I hear you cry. No, it's from Hape and as well as looking fantastic and being compatible with other wooden train systems,the loco is battery powered. The propeller rotates and it makes noise. All controlled from the buttons on top. Brilliant fun. Hape won the wooden toys award for the fair with a mountain railway toy which should provide hours of entertainment for those too young for a proper train set. 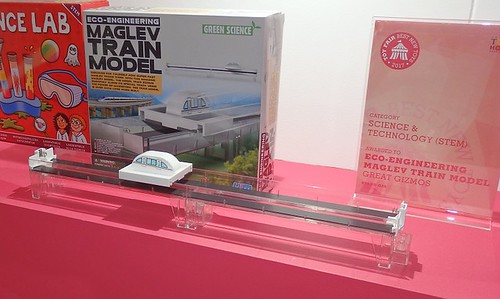 The scale wallahs will want to have a word with the chaps at Great Gizmos as this Maglev flies higher than the real thing does. The prototypes only levitate about 10mm from the rails which is probably why they are a lot more stable than this. I enjoyed shoving it back and forth though. 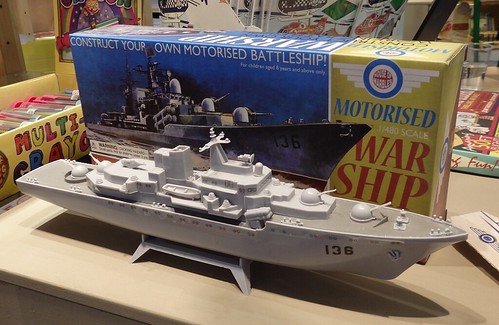 I've seen this battleship kit advertised before. Aimed at the nostalgia market, it's not (as I recall) too badly priced as a toy. At about a foot long, I reckon you could squeeze radio control into it and it's not so detailed you'd worry too much about racing around the lake with it. 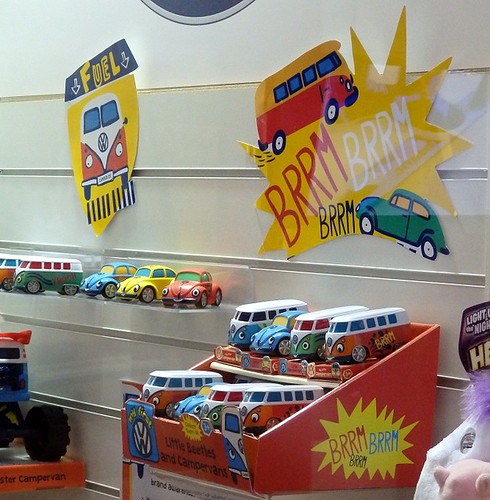 What I want to know is, why were there loads of steam trains on show, when most kids won't have seen one? Is it the same reason I could fine loads of VW Beetles despite this being just as obsolete a design? 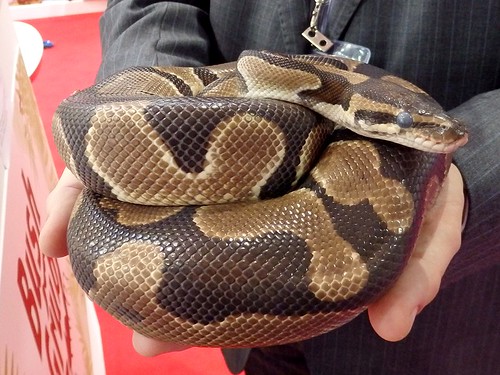 Possibly the highlight of the day was stroking this python on the Tobar stand. I'm not actually sure why it was there, and just as I was about to ask, someone turned up to have their photo taken with the snake. Pity really as there were fried crickets and meal worms to try as well but I thought it best to find out what that was all about before tucking in.

Toy Fair London - as usual, it was Very Good M'lady 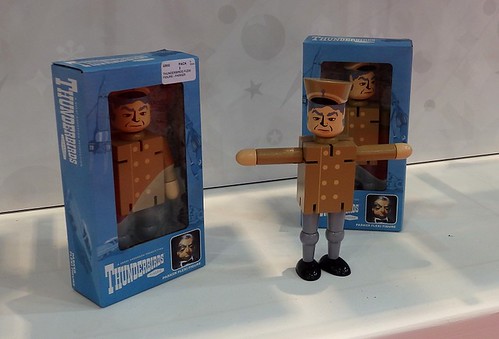 I saw pictures of the Hape mine railway and it looked excellent fun, rather like the rabbit warren oo9 layouts of years gone by