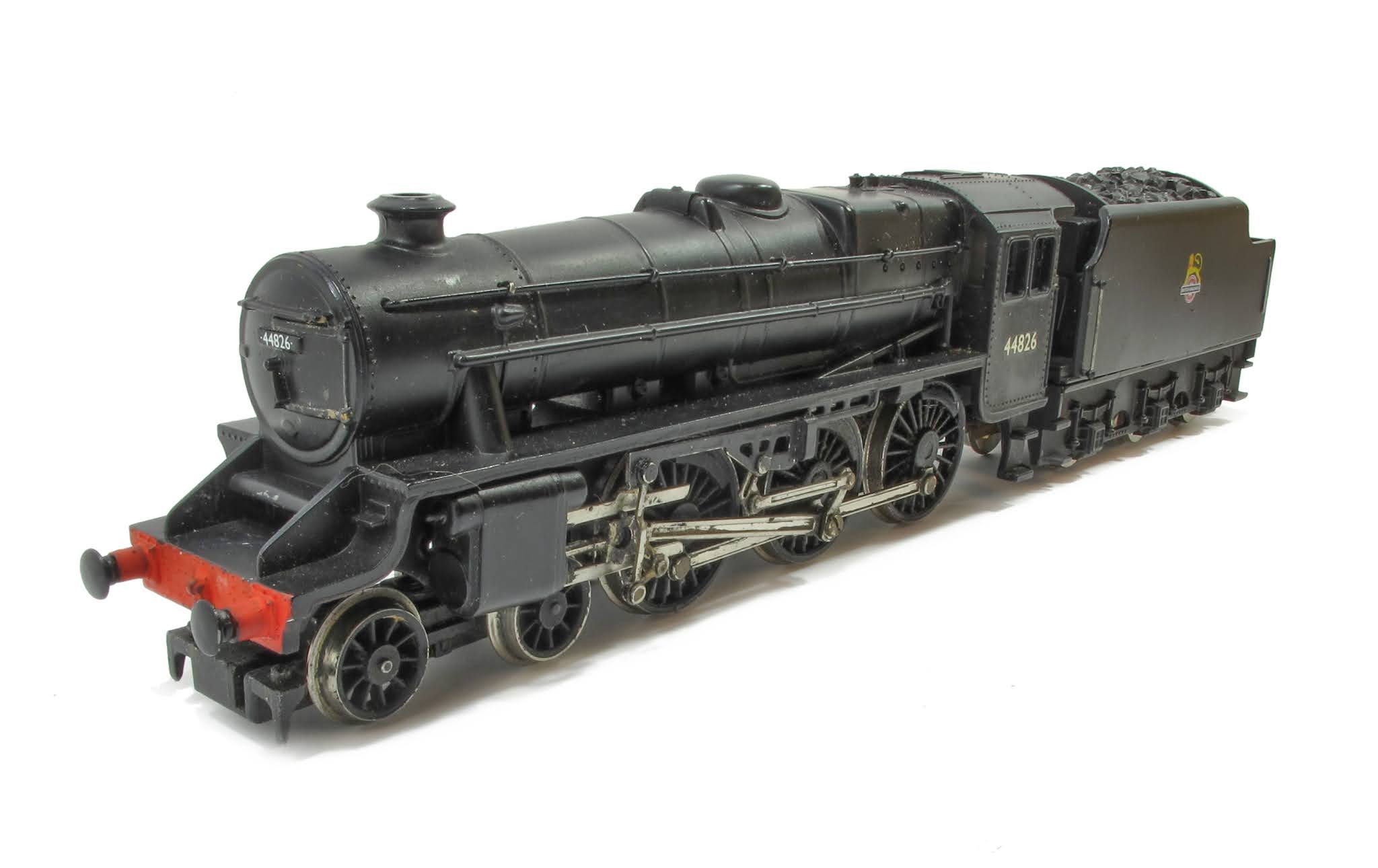 On the workbench recently was this Black 5 which, I was told, didn't work.

It is an interesting loco - a Hornby model that appears to have been tickled by an enthusiast. I think it's a collection of different parts brought together into one model, with a bit of added detail.

The chassis was cast metal and designed to be motorised. I'd say early Hornby or Tri-ang, with home-brewed pickups that didn't touch the backs of the wheels. A bit of work with the soldering iron fixed that. It helps if the pickup wire isn't floating around. 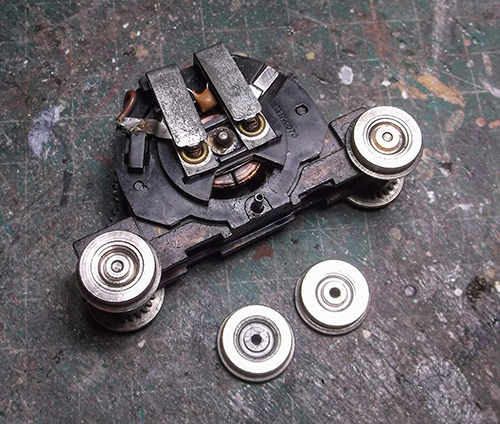 Poking around for electricity, I dropped the tender drive out, and the middle wheels fell off. They didn't seem to be very well attached and wobbled like crazy, but I suspect work after a fashion. The sideframes would hold them on the stub axle, and I don't have the means to bush them properly.

This all improved things a little, but the model was still sticky. Eventually, I worked out that the valve gear "weathering" consisted of painting the metal with a mix of varnish and treacle. Stripping it down as far as I could, then polishing the muck away with a fibrepen, combined with unbending a few links, cured the problem.

Eventually, the model ran reasonably well, proving that nearly anything can be rescued. A couple of hours work and the loco will live to chuff another day.

It's certainly got character!
Given the early crest it would be happy in front of a nice long coal train of old manky ex-PO wagons with a few brand new 16 Tonners, a rake of Stanier or Mk.1 coaches in blood and custard livery or whatever other evocation of the 1950s LMR/ScR takes your choice.
The tender drive with the bizarre stub axle arrangement is similar to that on the driven bogie of a Hornby Western I got going for a friend earlier this year...I hadn't seen it before and at first thought the centre axle had broken as one of the wheels was wobbling alarmingly...I suspect they get worse with wear.
It runs happily enough now I've removed the Zero-1 chip that was the reason why it didn't run before and its owner is delighted with it, I hope the Black 5 similarly makes someone happy.
Simon.

The original Hornby Black 5 used the Triang B12 chassis block; reversed with an added extension block. Of course this gave the wrong axle spacing. Biurt with the reuse of the Britannia Cylinders and valve gear (later updated) and pony truck, it looked the part!

The motorised tender chassis(both the original and later ringfield motor), always had those stub central axles. Mimicking the Triang preference for making all units a basic four wheels on the track, like the smaller central driving wheels on the larger steam locos.