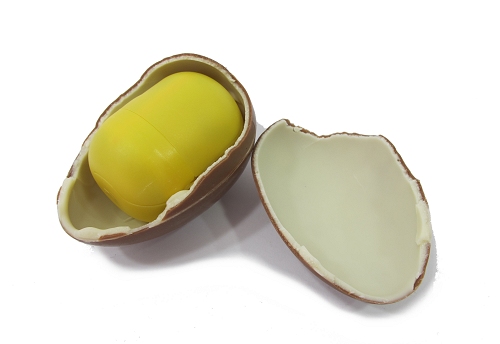 Easter provides a great excuse for me to buy a couple of Kinder Eggs to scoff and then build the toys found inside. I've done it before, so why mess with tradition?

You don't want to know about the chocolate (too sweet), so let's look at the inards. Egg One contains loads of playing cards, a floppy piece of plasticy card and the centre to turn it into a spinner. At first I wondered if I'd found a junior tarot set, but it turns out this is a pairs matching game - spin to pick your animal and find the two cards they appear on. 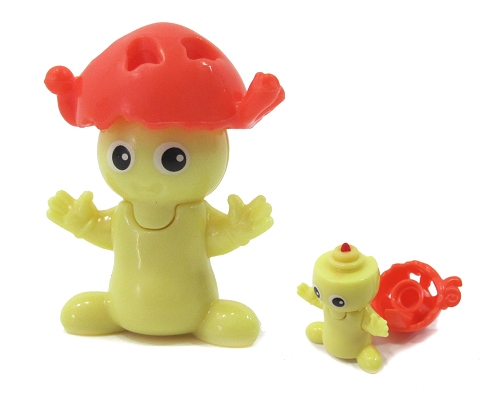 Egg Two reveals a 37mm tall toy. Pull the hair off, with great difficulty, and inside the the world's most useless pen.

Neither takes any real assembly, which is a shame. Making up the toys has always been the highlight of Kinder Eggs, but it seems that is denied to us nowadays in favour of instant gratification. 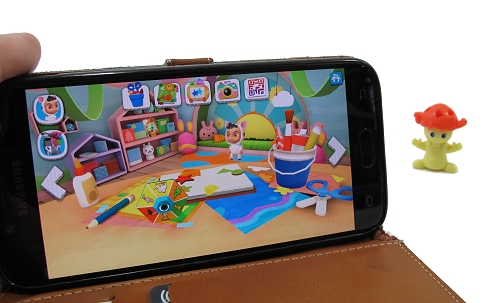 The TV advertising makes a great deal of noise about the augmented reality available with the toys, so I gave it a go. Download the app and you can scan in a picture from the instructions and add the character (even the spinner is a character) to a brightly coloured childs game. I'm not sure this is really augmented reality as everything happens within the game world, and if you do see the computer generated character within the real world, it doesn't interact with it at all. Still, the game will entertain little ones for a while.

Junior Tarot is such a brilliant idea I may have to borrow it for noveling purposes. After all, if you can have Bible stories for children why not junior Tarot?

Kinder eggs - banned in the US as they're 'dangerous'. Kids could swallow the toys inside and choke. Guns are ok tho', despite the fact that on average 7 children per day are killed by firearms over there.