Taking photos on the canal a few days ago, I found this pair of British Waterways (now the Canal & River Trust) moored up and thought they were worth a look. 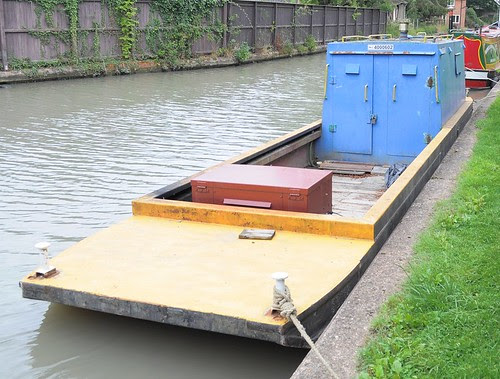 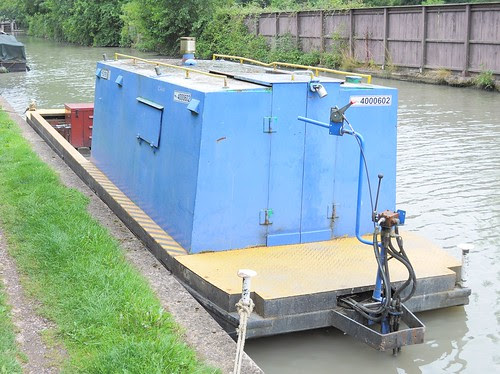 4000602 is the smaller of the two and appears to be powered by a hydraulic outboard motor. You can see the pipework on the tiller and I would guess there is a compressor in the cabin. 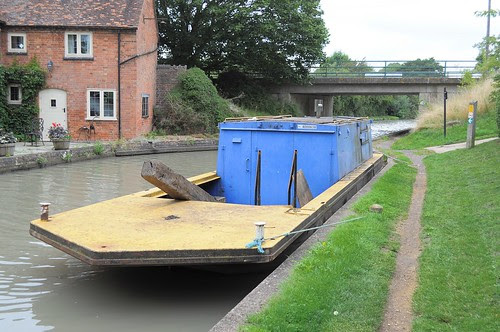 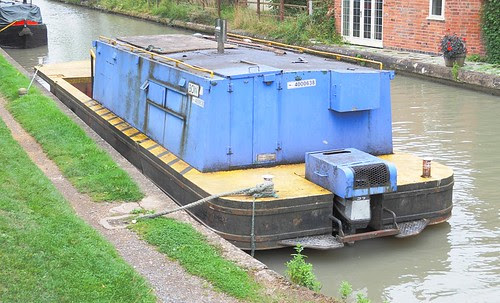 4000638 is bigger and wider. The bow is interesting with a deck that overhangs a log way. Presumably this allows the boat to get closer to the place being worked on. In the load area, the lump of wood looks like a chunk of a lock. although neither of the ones near the boat seemed to be under repair.

Both boats were parked up a long was from civilisation, on the Fosse Way near Leamington. Presumably the crew head to them in a van, the 4mph speed limit on the water precluding trips out and back from the workshop in a single day.

Both boats are very utilitarian and to my eyes, much more interesting for it. They were nestled amoung some brightly coloured "proper" barges and contrasted wonderfully. I've never been a big modeller of barges, but could see my way to building either of these one day, so any more information would be appreciated.

I suspect the obtuse angle pointy end of 4000638 might coincide with he angle between double lock gates.

I had a lovely couple of days on the larger type on the Stort Navigation, inspecting bridges. The flat area in front gives access to the underside of structures.

Inside is a little workshop (all tools removed overnight!) and a messing area - clothes locker, kettle etc. Sort of thing you'd find on a civil engineers works train but afloat. Very welcome for sheltering from the horizontal rain and drying waterproofs.

But yes, much more interesting than another Josher with the incorrect bow and... (continued forum Page 94)

See them everywhere, Phil, usually full of supermarket trollies and rusty bikes.
But please...not barges. Barges are over 7 feet beam. These are all boats.
I used to own heather Bell, the ex working Nurser motor.