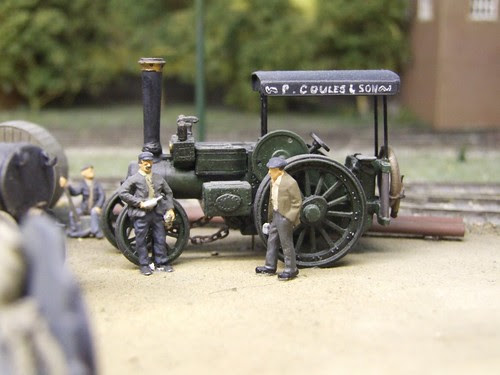 Many years ago I built a W&H whitemetal traction engine kit for the Hellingly Hosptital Railway. It's the sort of mobile powerplant that contrators would have used in the late 19th Century as opposed to those thumping modern diesel boxes littering out high streets now. I'm not sure what my miniature railway builders were using it for but I like it and it's my train set etc. etc.

At the time I was looking for a suitable name to emblazen along the roof and thought of my friend Pete Coulls. He used to own a traction engine, and his son Ant was also into them. So much so that he now is in charge of some real Chuff-Chuffs and Nee-Narhs (I know all the technical lingo you know) and spends his working days plotting different ways to desecrate Flying Scotsman.

Anyway, Petes name seemed as good as any for the model traction engine, although I still managed to spell it wrong, just so he couldn't claim copyright you understand...

Now, life now imitates art. Its seems that Coulls junior has his own road going steamer which some of us have been watching the re-build of thanks to the WWW. Needless to say he hasn't got all the details right. As you can clearly see, the front end hasn't got enough wheels and he didn't go with my suggested paint job either. Still, not a bad effort. 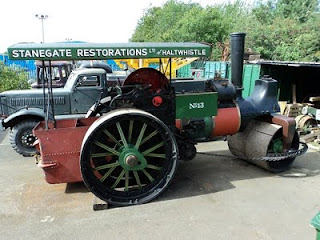 Best description of Ant I've heard in a long time!

Not my description, just something I'm sure I read on teh interweb somewhere :-))