Cut up the Flying Scotsman 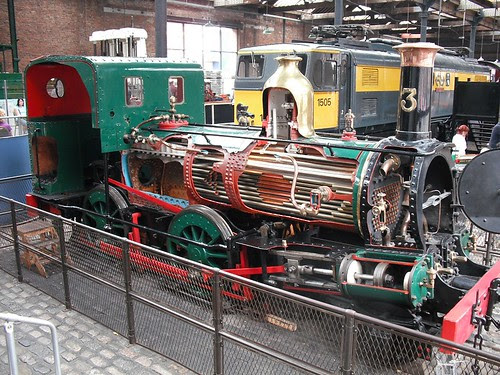 I pick up from the model making grapevine that Dragon are releasing a series of plastic kits under the name "Project Cutaway". Each will allow the modeller to build a model but with the extra excitement of clear plastic parts and interior detail so you can see how the machines or buildings are made. Apparently "it's as close to walking inside the real thing as you can get!"

Now I wouldn't normally bother with this sort of thing except that a couple of subjects chosen could be of interest. They plan to do a Routemaster bus, which will be handy for anyone restoring one. Haynes could slap on the macro lens and produce one of the famous manuals - the ones based on a complete strip down of the vehicle concerned - on a desktop. 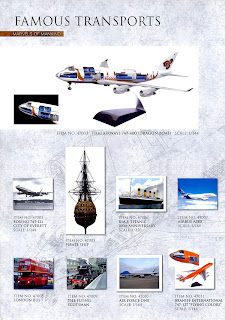 The other is Flying Scotsman. If done well this could be really interesting as there is quite a lot of detail inside a steam engine. You'd be able to excuse the purchase as an important educational tool for your kids too, if you have any.
The scale chosen will be important. Should they go for 1:43 or 1:76 then there is a possibility of using the parts on a layout to model engines being restored or scrapped. I can see many models of the loco appearing with the boiler partly cut away and all the tubes on show. Mind you, there are those who think that's what the evil people living in the NRM want to do in real life. But then those are the same people who have an attack of the vapours when the thing doesn't emerge in LNER apple green anyway...
And finally, this is not new. Indeed there is a prototype in Isle of Man Number 3 which appears in this form at the Manchester Museum of Science and Industry. Now if someone made a kit of that, I'd be first in the queue.
Project cutaway
Posted by Phil Parker at 2:24 AM