Book Review: Life on the old railways by Tom Quinn 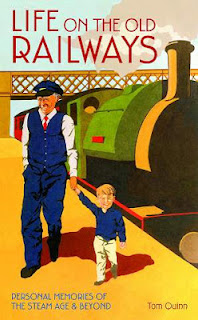 It's all very well knowing how many rivets there were on the left hand side of a Black Five tender, or which particular finial should be atop the signals in the Great North of Scotland in May 1905, but what about the people ?

For most modellers, people are made of plastic and hopefully the right scale. We slap a coat of paint on them and glue their feet to the model and that's it.

In real life, people were the lifeblood of the railway. Small boys would stand at the end of a platform and aspire to being the man in charge of the snorting engine at the front of the train. Railwaymen were important figures locally. A stationmaster would be of the same stature as the doctor of vicar.

All this has changed and the numbers of those who remember it are diminishing. In this book, Tom Quinn has interviewed 13 of them and gives us the edited highlights from each man's working life. The selection is varied, from engine drivers to porters. I was particularly taken with the idea that far from being a "mere" baggage carrier, porters were well respected members of staff. While not at the top of the tree, they were essential to the operation of the railway and had a far wider range of duties then you might expect.

There are lots of jobs that I've never heard of too. Do you know what a Lad Messenger was ? Me neither. Apparently he used to pick up and deliver post between platelayers huts, signal cabins and the yardmaster. At age 15. 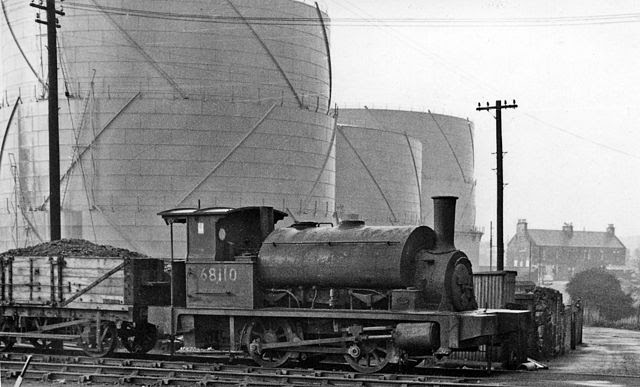 Some interesting nicknames for locos turn up too. "Saddleback" was the slang term for LNER Y9's. I wondered as I read if this was a misprint from "saddle tank" but apparently not.

What Quinn documents is the world behind the public facade of the railway industry. This isn't a technical guide (mind you, there is an index at the back, an unexpected bonus) but a social history told through the men's own words.

As well as the text, there are a large number of very nice black and white illustrations. The only picture I don't like, is on the cover. Assuming that steam engine isn't a preserved locomotive, the child shouldn't be wearing long trousers. In those days, children simply didn't. In fact, at that age he probably ought to be in school uniform, complete with cap !

This is a minor quibble though about a very readable and enjoyable book. I went through all 217 pages in a couple of sitting, always a good sign of an easy to read book. Just the thing for taking on holiday and even suitable for someone with no interest in trains at all - my Mum loved it too !

Find out more and buy the book from the Hobby Warehouse

The full range of railway books from Hobby Warehouse
Posted by Phil Parker at 6:00 AM