Last weekend saw the 2012 Double O Gauge Association AGM in London. As usual, I was in charge of the modelling competition. Full results will appear elsewhere in due course but I thought I'd sneak you a few pics of some of the entries: 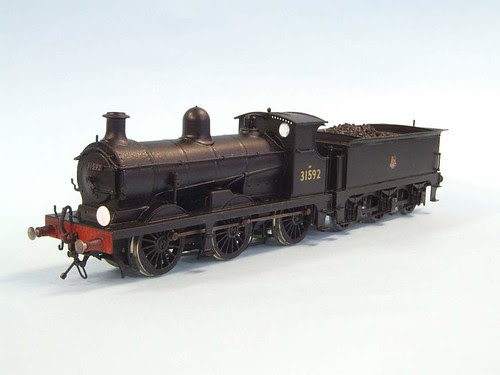 The SECR C Class was built by Alan Harding from a Falcon Brass kit. Considering that these aren't the easiest of kits to build, it's a very nice looking model. 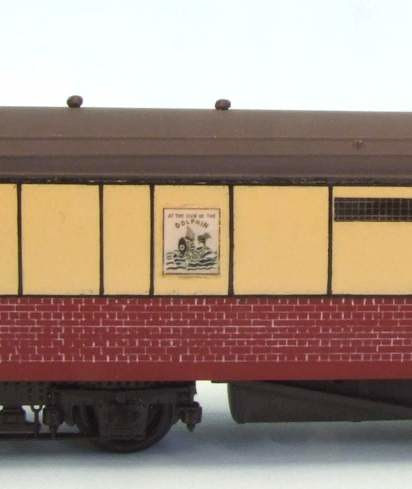 Another model by Alan Harding, this time a Bullied Tavern car based on a Bachmann RTR coache with Comet sides and much added detail. 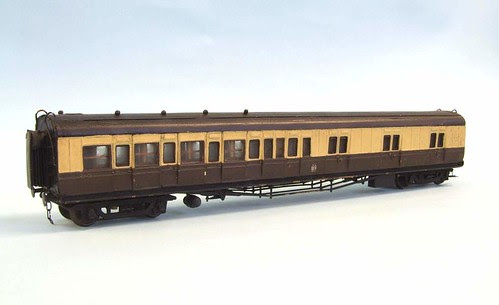 Finally, a Concertina Brake 3rd scratchbuilt by Colin Snowdon. His original plan involved doing the 3rd class coach, but after the effort required for this one, he decided against that !

Hopefully, pictures of all the entries will appear in due course on www.doubleogauge.com/
Posted by Phil Parker at 6:00 AM