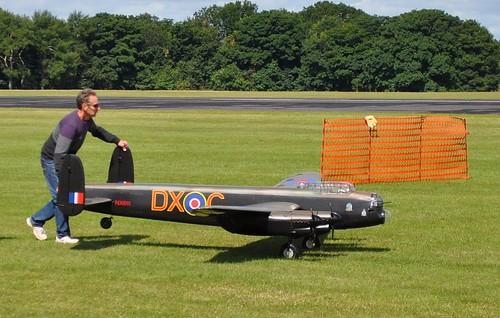 The rain as we drove up the M6 didn't bode well for the day, but then the M6 is always grim anyway. By the time we made it to Cosford and walked over from the car parking area - a bit of hike this year thanks to a change in the event's layout - the sun was breaking through and apart from a warm breeze, the day was perfect.

Almost immediately, there were 2 and then 3 Lancaster bombers in the air. Each has a 17 foot wingspan and according to one of the pilots we chatted to later, took 3 years to build. A year to get the basics made, another year for detailing and a final year for CAA approval. 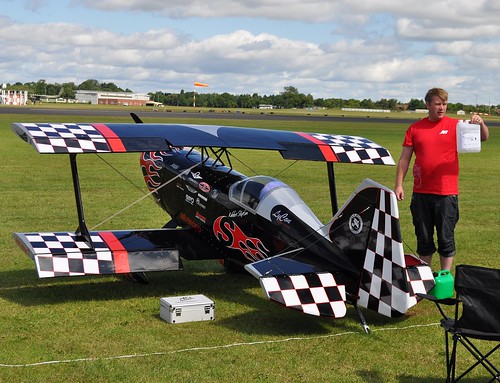 A couple of aerobatic displays were very impressive. Quite how you make an aeroplane fly this was is a mystery. One move, called "the harrier", involved the plane descending vertically but with the plane horizontal. Another seemed to have the plane flying forward so slowly you could hardly see it move. My understanding of physics is that at this point the plane should have all the flying properties of a brick, but it seems not. 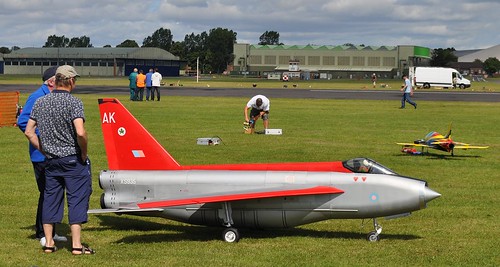 Blustery conditions gave the problems problems. A large model of a Lightning was within a couple of feet of touchdown after an impressive display when it was suddenly flying perpendicular to the runway for a second - real heart in mouth stuff that thankfully turned out well due to the skill of the pilot. Fortunately, wind doesn't affect these large models as much as smaller ones. For the most part, everything seemed to go very well.

One of the nice things about this show is I can wander around the trade without feeling the urge to splash out on a kit. Fascinating as this stuff is, I'm happy just to watch other people flying. Mind you, I did come away with 20 quids worth of superglue (it's cheaper here than train shows), some big sheets of Depron and a slab of blue foam. No idea what I'll do with these but they were so cheap, and the car wasn't that far away...

Email ThisBlogThis!Share to TwitterShare to FacebookShare to Pinterest
Labels: aircraft, Other peoples hobbies