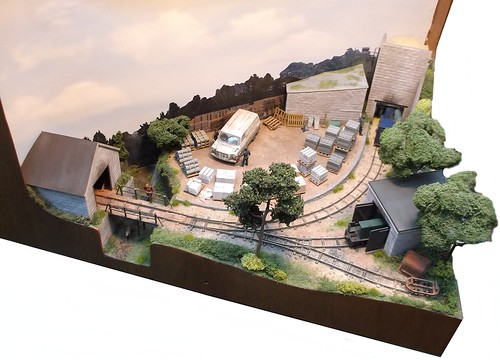 A few years ago, I was booked to take a layout to Expo NG. The model (Foxdale) is still no more than some nice ideas, a load of research and a few handmade points. With Swanley being the wrong side of London for me, this isn't a show I'd ever visited before.

The offer of a free ticket, a weekend with nothing special booked and an urge for a long train journey convinced me to give it a go. And I'm glad I did. 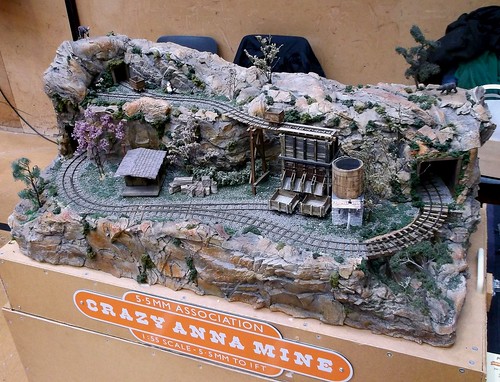 The leisure centre is only a slow 10 mins stroll from the station and once inside all sorts of wonderful things are on display. Unlike a regular show, there's no layouts full of RTR models. In fact you rarely see such a wide variety of different prototypes.

Small is beautiful for the narrow gauge modeller. There were only 3 or 4 models longer than 6 feet in length - a consequence of all the modelling you have to do to build them and also the scales tend to attract people with a similar mindset to my own. 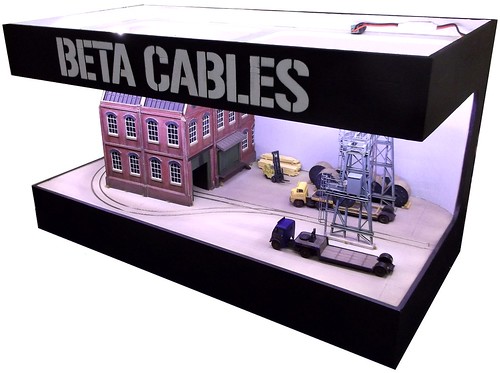 If this wasn't enough, in a side room were the models built for the Dave Brewer challenge.

Rules are that the layout has to be based around a tuning fork - 3 lengths of track and a single point. The model had to fit in a specified space depending on the modellers chosen gauge. All the spaces were small! 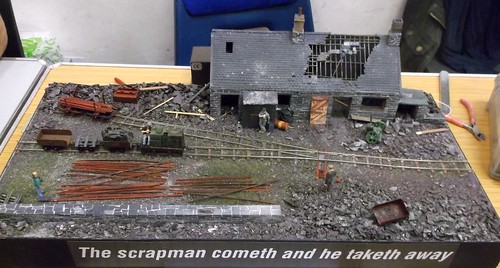 Judging must have been difficult as there was so much variety on display. Loads of ingenuity too. Despite this, the programme lists 20 different models. Generating that much interest and action is a success in itself.

Trade was impressive. I'll admit that with unlimited funds and time, I'd have come away with a few hundred less quid and a somewhat fatter bag. As it was I've a new chassis for a loco More on that in another post), a wagon (likewise) and a new loco body for the Roco loco.

A very inspiring shows. Head over to my album on Flickr for some fascinating photos.
Posted by Phil Parker at 5:30 AM