Do I need a DSLR? 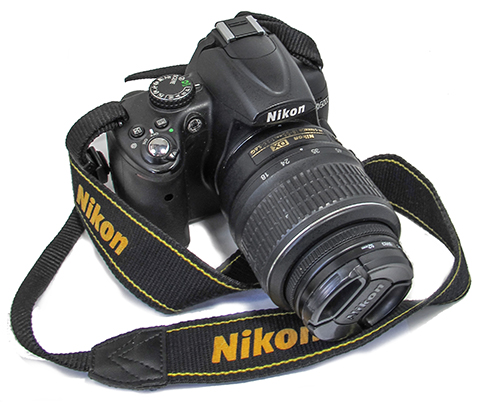 When I switch it on, the lights in the viewfinder flash on and then there is nothing. My first thought was a faulty battery, but the replacement works no better.

Now, this might be a known problem. The D5000 was offered a free repair by Nikon, but this expired 2 years ago. The problem this was to fix involved not powering up, so an e-mail has been sent to the company to find out if they can suggest anything.

In the meantime, I've been thinking.

Let's assume the camera is dead. Should I replace it?

The more I think about it, the more the answer is no. Quite simply, the photos I take can be taken on a quality compact.

My magazine work is carried out with the Canon G12. With suitable software, it offers variable focusing for stacking. It feels great and although obsolete, good second hand examples can still be found. I have three - two workhorses and a spare I bought NOS. It does everything I need.

For other shots, I have three compacts - Fujifilm AX650, Panasonic DMC-TZ8 and Olympus SZ-17. None is exciting and all are old, but they do the job. Plenty of pixels and the Olympus has a breathtaking zoom. All also do a decent job of video work. With 12-16 megapixels on offer from each, unless I want to shoot for a billboard, they are fine. And they fit in my pocket.

On that basis, the case for a replacement DSLR isn't great. I enjoy using the Nikon but it's far from perfect. The flip out screen slows the autofocus from plodding to glacial. It's not great in low light, far worse than any of the compacts. Don't try to freeze loco on the move, sport mode is hopeless.

The standard 50mm zoom isn't as impressive as the smaller brethren. I know I can buy more lenses, but that's more cost and more stuff to lug around.

The biggest problem is my photography. I tend to leave the camera on auto and let it get on with things. I like composing an image, I can't be arsed with the fiddly technical bits and for 99% of the time, I don't need to for any of the cameras.

I use photos in print, but even a mobile phone camera used correctly can be good enough for that. Many of my pictures are shared online and every camera has been producing high enough resolutions for that for decades.

"But proper photographers have a DSLR" I hear people cry. Well, I've had to work with the results from people with "proper" cameras and you know what? Some of them aren't impressive. Boast about editing in raw all you like, but when the photos have buffers or half a signal arm cropped off because you didn't point it in the right direction, then shut up.

Likewise, if you have a camera that costs well into four figures but I end up with photos with soft-focus loco faces, then it's time you learnt to point, half-squeeze and then frame the shot. Yes, the middle of the loco is in focus, but that doesn't look right does it?

There is a phrase that covers it - All the gear and no idea.

There is one reason, and one reason only I can see to replace the Nikon. Using it makes me feel like a "proper photographer".

Well it depends. On FB you might have noticed Rob Bennet and I are friends with a great photographer called Tim Clinch. He has an old skool background as a commercial photographer, but will happily shoot work for sale on his phone as well as using a view camera when needed.

My once beloved Fujis now only come out on special occasions. But those are the occasions when I know one of my compacts or the phone won't do the job. Generally that means motor-racing, aircraft in flight, wildlife and model railway exhibitions, if you remember them. Even at exhibitions there are shots I can only really take with the phone, for instance because a big camera would get in the way of the operators or even risk intruding into the layouts airspace

My last but one phone was always the ONLY camera that could deal with the NEC sodium lights at Warley. I remember being amazed that the colours were something like they should be, not Trump orange.

The thing is, there are times when a proper camera set-up is the only thing that will do a satisfactory job, but those are rare occasions for me personally. If I were an aircraft photographer, or shot motorsport, I'm sure I'd feel differently.

It might be worth looking at an interchangeable lens compact. These are now widespread and in a variety of sizes and types. They are light and compact enough to be easy to carry an assortment of bodies and lenses, and offer useful options such as flip up screens. They are also light enough to work with a mini tripod or gorillapod. It is easy to get adapters so you may be able to use some of your old dslr lenses too.

Since picking up an early Olympus pen 9 years ago I've not had a lot of use out of my Pentax DSLR as the compacts do everything I need.

I like the comment referring to "model railway exhibitions, if you remember them". Well, in my case, the last exhibition I was able to get to was Warley 2018 - I hope I don't have to wait another 2 years before the next.

When it comes to removing "Trump orange", I'm aware of 3 basic approaches - wait and see what happens on the other side of the pond in a few months' time - stick a coloured filter in front of a camera lens - or just use a computer image manipulation program, like most of us.

As for whether you need another DSLR - that comes down to whether cheaper / more portable equipment allows you to do a good enough job - and if (like some of us) you just happen to enjoy all that "techy" stuff.

If it's the latter, then it probably comes down to whether you can safely get all the expensive gear to and from where you use it - and, of course, whether you can actually afford it.

Unfortunately, in my case, I can't afford stuff like that right now - and I suspect this is probably the case for many people. Even if I could afford it, I don't have a car - and I'd be very wary about trying to carry a few grand's worth of highly desirable camera gear on overcrowded trains / tubes, or walking around for an hour with this stuff in a holdall, at about 4AM, in November.

Let's face it - assuming that I don't get robbed at some point, cameras and lenses don't normally seem to like being exposed to the sort of weather I've spent the last 55 years getting used to.

We had a camera that started losing the settings -- time & date & such -- and I found that there was an extra battery in it to power that up. One of those hearing aid types. A month later we were with an elderly cousin who had the same model and the same camera and I impressed her with my repair skills.

Just to pick up on somebody else's point, and to clarify terminology. Unless I was a professional I wouldn't even look at a true DSLR, with the mechanical mirror. Mirrorless systems provide almost as many advantages, especially since the quality of electronic viewfinders has improved. And if you do go down that route take a good look at the cost and availability of lenses before buying a body. Here I have to confess I went down the Fuji route because of the rave reviews two lense had, and eight years late I still haven't bought either of them.

The curse of Warley is not the Sodium lights by themselves, it is the mixed lighting when combined with layout lighting that is hard to fix even in photoshop

I’m a bit late to this... I was an SLR user for 25 years, but when I went digital I chose a Fuji bridge camera. From there I moved to Canon compacts (PowerShots) and my old, tiny S95 is still my camera of choice. (Because it is small and light, and not a burden to carry for an extended period of time.) I even have an Olympus PEN E-PL1 with two lenses that I should use more often. Only belatedly in 2016 did I get an inexpensive (Canon 100D) DSLR, and I’ve managed to take about a thousand shots with it so far. One of the selling points of a DSLR is that it is supposed to be good for fast-moving subjects, so your Nikon sounds a bit lame? ;-)

My photography is purely for my own use and as a hobby. I post a few photos to Flickr now and then, and other images go into a blog. But mostly I have snaps of what I’ve done and where I’ve been. As someone else mentioned, Mirrorless seems to be the future and most cameras with mechanical mirrors are probably living on borrowed time... What has not been said is that the larger the camera, the more likely it is to be “noticed”, and that usually is a negative. People think nothing of mobile phones or small compacts, but there can be something menacing about a DSLR with a massive lens sticking out the front! So I agree that there are good alternatives to DSLRs out there.