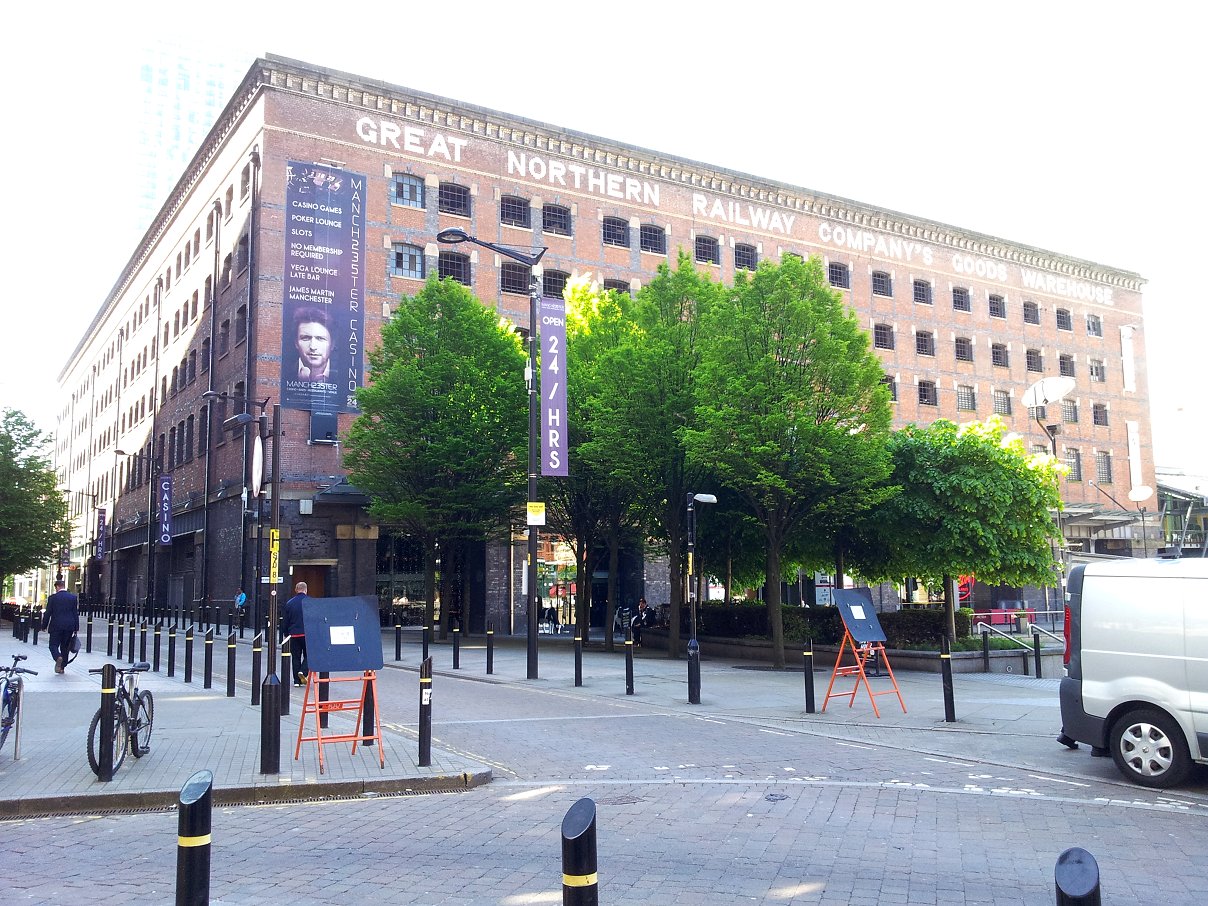 Another excellent building from of Nick Wallace, this time from Manchester.

The Great Northern Railway Goods Shed is adjacent to the erstwhile Central Station (now a car park). It is as solid as it looks and now has bars, clubs, a casino on the ground floor and storage above. It can be found on Deansgate.

According to Wikipedia:
The warehouse was built to be fireproof with a steel frame on a rectangular plan, 267 feet long by 217 feet wide and five storeys high, with 27 windows on the east and west sides and 17 windows on the north and south ends. All four sides have friezes lettered in white brick reading "Great Northern Railway Company's Goods Warehouse".

It was built above the Manchester and Salford Junction Canal, and a dock beneath was constructed to allow goods to be transferred to and from canal barges via shafts and a complex system of haulage using hydraulic power.

The building could hold a total of 150 goods wagons across two of its levels, with capacity for a further 500 in its sidings. Its construction effectively wiped out the district of Alport Town, which had included 300 houses, and "Over 800 men were employed on the site. 25 million bricks, 50,000 tons of concrete, 12,000 tons of mild steel and 65 miles of rivets were used in its construction".