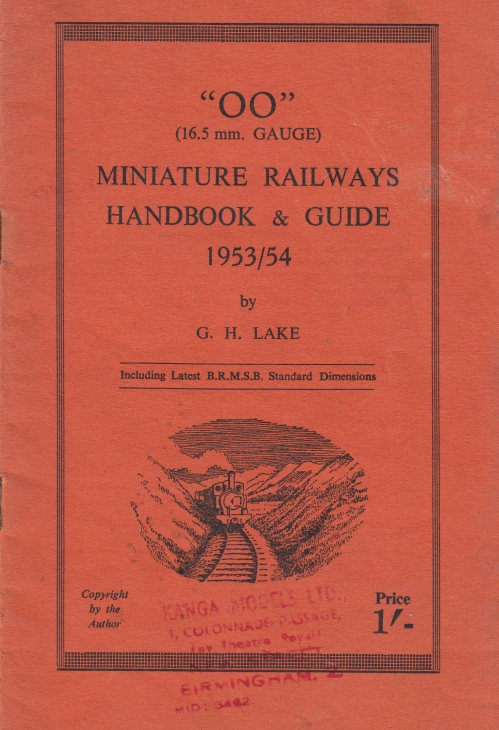 If you believed in Father Christmas back in 1953, you'd have been hoping for a train set. Back in those days, RTR was new, exciting and incompatible. No problem as GH Lake has produced this handy 24-page booklet trying to help.

Inside there is a brief history of OO followed by a listing of the Principle British Periodicals dealing exclusively with railway modelling.

Next, there is a run-down of the various producers of fixed track systems - Hornby-Dublo, Trix, Tri-ang, Rivarossi and then the same for flexible track formations; Graham Farish. We then look at pickup systems: Tree-rail, Two rail and stud contact. None of this is exhaustive with only a couple of paragraphs for each. Two pages cover the interchangeability of various OO-gauge tracks.

By page 10 we start to get useful numbers showing the BRMSB standards followed by details of where to fit studs for that contact system.

Page 18 lists the Principle Suppliers of OO-gauge equipment. It's not a long list with 16 entries but includes such names as Peco, Romford, CCW and one I'd not heard of: Bradshaw Model Railway Products.

Finally a quick Q&A and then a few pages of adverts.

The book came from Kanga Models in Colonade Passage in Birmingham. The passage itself was demolished in 1961, but a little digging on the web tells me that the shop was run by a Mrs McQueen. and eventually moved into Burlington Passage, just around the corner from the Ian Allan shop (RIP). They appear to have been a general model shop as I've found adverts for Kanga Aerodrome as well. 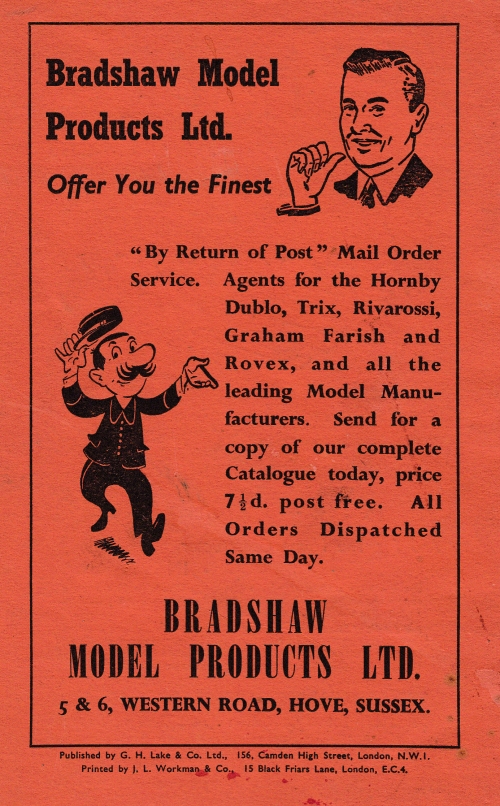 As well as knowing them as owners of another model shop in the West Midlands we had some vague family connection with Mrs McQueen, I think. I always enjoyed popping into the Burlington Passage shop, which was tiny but crammed and friendly.