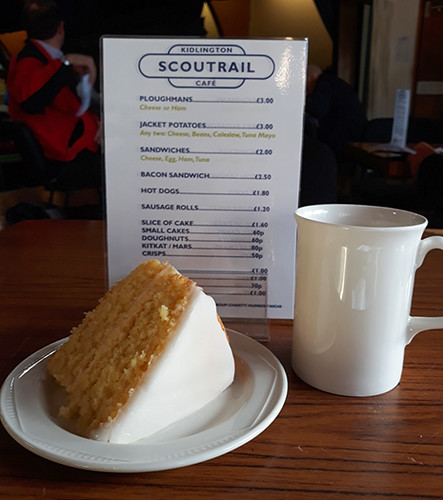 Time to get back on the exhibition trail and one of the first of the year is worth the trip, because of the cake.

Scoutrail is a local show for Kidlington and as you might expect, raises money for the local scouts. It's been running for many, many years, 36 according to the programme. I remember exhibiting there at least 20 years ago.

Anyway, the show seems to centre on a large live steam 16mm scale layout opposite a table full of G scale circuits. The rest of the space is filled with a variety of smaller scale models. 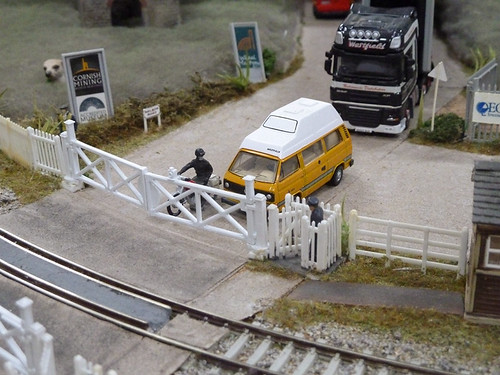 I think it's fair to say that this wasn't a vintage Scoutrail but I liked some of the scenic work on the OO gauge Morwellham and micro Kinross. Local shows sometimes have to take what they can get as far as layouts go. Sometimes you have an exhibitor trying a new model that will blaze a trail, sometimes just some people who are simply enjoying their hobby without any pretentions to Pendon.

Never mind, there was chat with several people and some cracking cake. I picked up a couple of interesting bits from the trade and generally had a pleasant time. Maybe it wasn't full of the greatest modelling in the world, but sometimes I just want to go to a show and have a nice time. Everyone else seemed to be doing the same, so that sounds like a good show to me.

This is beginning to sound like a comment one guy came up with on a TV angling programme - something along the lines of:

"Angling is all about the people you're with."

In practice, it would probably be fair to say something similar about a lot of leisure pursuits.

One of the things I like about railway modelling is that most of the people I meet (at shows and in model shops) seem to be really decent people - the sort of people I like to associate with.

If they weren't like this - if, instead, I were constantly encountering a bunch of jerks - I suspect my hobby wouldn't last the day.

I doubt if I'm alone in this regard.