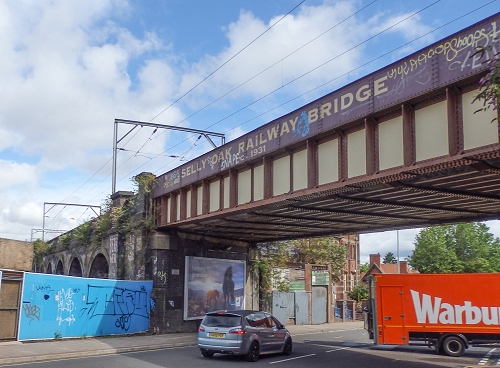 Regular blog readers will remember that a couple of years ago, I was asked to build a layout for Rapido Trains. The model was shipped (with me) to Canada, put on display and then given away.

Well, they are back for more.

This time, I've been commissioned to build a model based on Selly Oak. It seems that this will be the perfect place to display their growing range of Brummie Buses.

Because this is all about buses, the main railway feature will be a bridge. The one in the photo above. There will be railway of course and I've been visiting the site to take photos and get a feel for the place - who says railway modelling doesn't take you to some lovely locations?

The centrepiece of the model will be a chunk of Bristol Road between the railway and canal bridges. You can walk it on Streetview:

Obviously, since this isn't canalview, you can't see the bridge, so here it is: 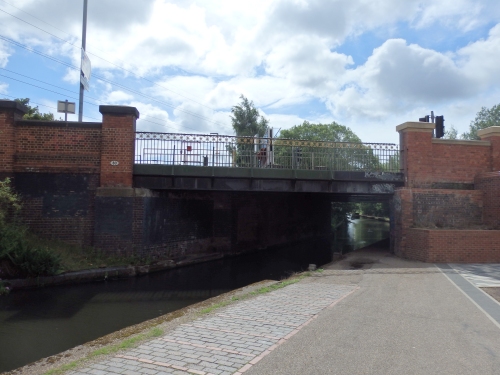 Very little of the 1970s infrastructure exists. The Battery company (they beat metal) is now a Sainsbury store plus posh student flats. The area beside the canal is being redeveloped.

(Click on the image for a larger version)
1970? Yes, this is our modelling period. Fashionable and to be honest, from all the photos I've found, scruffy. The canal is still passable, but there will be a lot of static grass action. Everything will be looking run down. The railway bridge isn't anything like as posh, but you can't see it behind the advert for Carling anyway.
There's no need for the station on the model, which is handy as it allows a wider period to be represented. Anyway, sometime in the late 60s/early 70s, the massive station site was rationalised to the current double-track through station. The original would make a really nice model if anyone fancied something large based in the West Midlands. 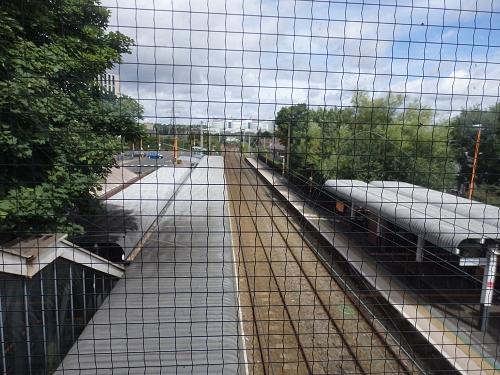 So - this is the big project I mentioned yesterday. It's not massive in size, but will keep me entertained for quite a while. Now, where did I put my flared trousers?

Sainsbug's has moved and there's a dirty great high rise built compared to when I walked past daily to/from Un years ago (err.23?) - Oh, and the little builder's merchant by the railway bridge that would stack bags of road salt on the pavement in the winter appears to have long gone.

Next you'll be telling me the Smelly Oak/Bournbrook "massage parlours" with a liking for red light bulbs have shut up shop as well?!

Hm. Will you also be adding catenery to the bit of railway line? You know, just in case Rapido announce something that would need it?