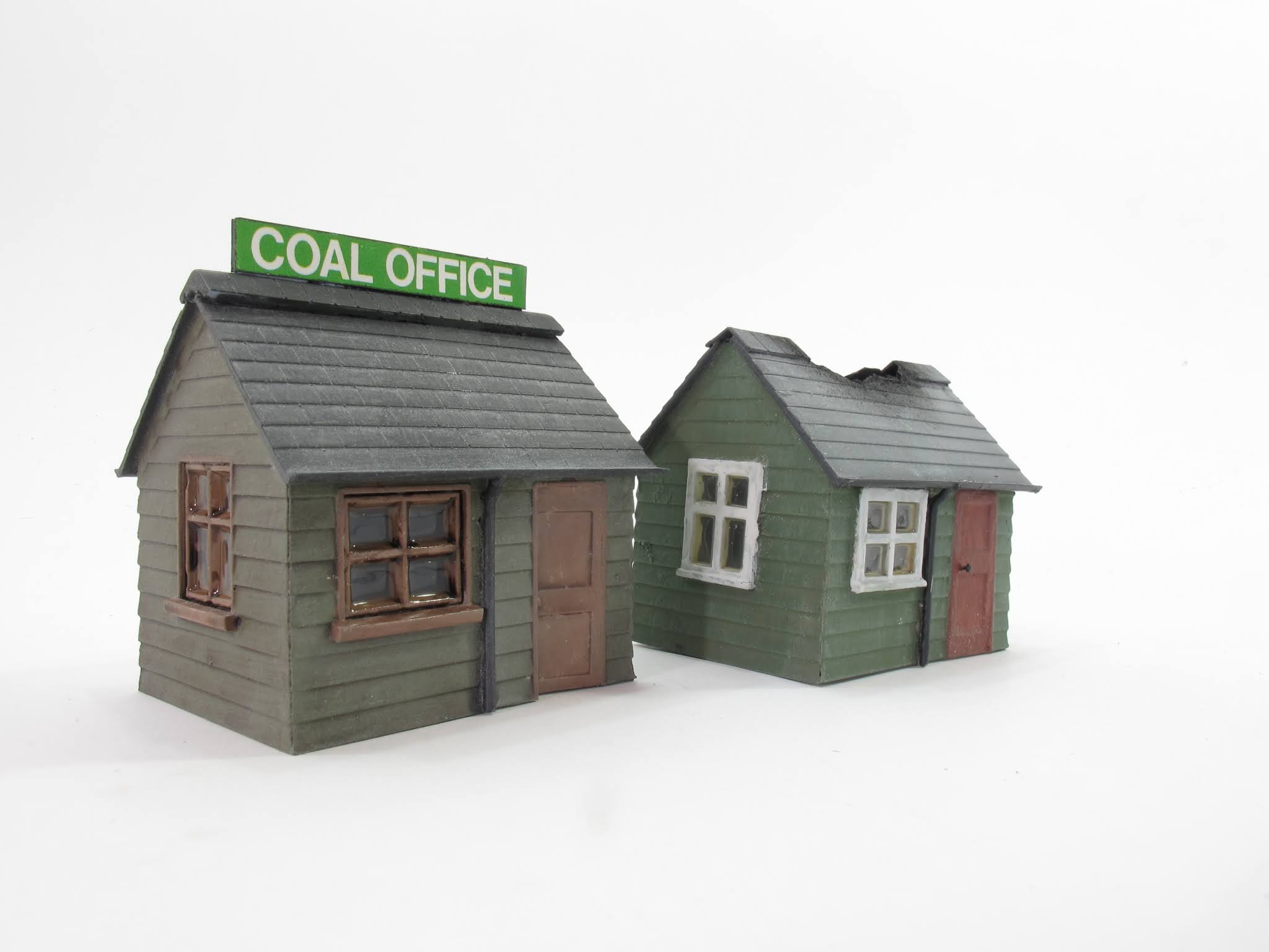 Talking of tickling up old models, a couple of Airfix coal offices have been across the workbench for a projects.

On the right we have one bought second-hand from my local model shop so I could turn it into a burning building for a World of Railway Project. It was horribly painted with gloss pale brown paint and the ridge tiles were missing. Most people would chuck it in the bin, I saved it and turned the little building into something useful.

On the left we have something for a HCC magazine project. Starting with a new old stock kit, I put the windows in inside out and added cills from square plastic. New for me is scribing the roof tiles with an Olfa cutter using the raised Airfix lines between each slate as a guide. The result looks good and didn't take very long.

I kid myself that the colour scheme is reminiscent of the Crowsnest Tramway. A better sign would be nice, but beyond my graphic design abilities. The brown wash is a little heavy-handed, although looks better in real life. My excuse was that there was a serious time-pressure on the project so I simply didn't have time to tone it down a little.