A feast of classic cars

No, I wasn't a week early for Warley. Sometimes I like to do something that isn't toy train related. There was a big classic car show and I had a spare Saturday when I could have done some useful work, but decided I'd rather enjoy some time off.

Anyway, since I didn't have anything proper to do, I thought I'd try to work out which classic car I'd like to own next. Little details like money can be safely ignored. The only rule is no VW's since I own two and am only selling one of them...

I'll admit my choices are on the odd-ball side. A Morris Minor is (apparently) an excellent starter classic, good parts availability and easy to work on, but the car has never appealed to me. The van on the other hand always looked rather pretty and this pickup even more interesting. I've been told that the steering is heavy but even if that's true, it just makes driving like a session in the gym and that's supposed to be good for you. 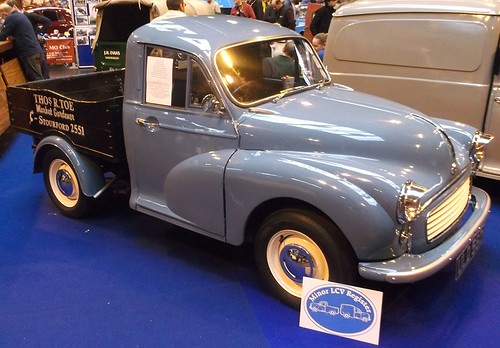 Perhaps that's a bit sensible. I like colourful things and you don't get much brighter than a Nash Metropolitan. Funky 50s styling with a handy indentation in the door tops for your elbow when driving along the open road. 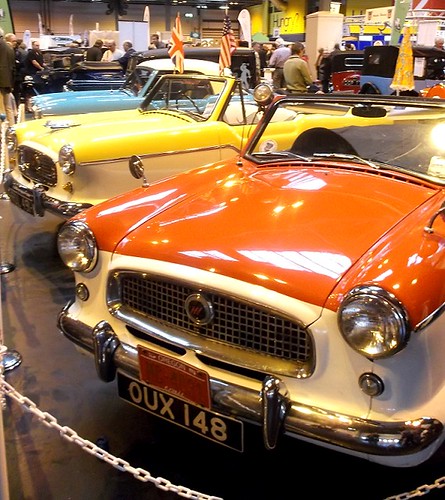 Good looking cars, but even I'd have reservations about looking after one. Pretty in nice paint but I bet pretty terrible for rust and slow and wobbly in today's traffic I suspect.

Micro cars have always fascinated me and for trips around town, I think they make an awful lot of sense. Being tall, I'm going to have to be careful I can actually fit in the things. While a Peel might satisfy my love of all things Manx, perhaps something roomier and with a railway connection? The Scootacar was built by Hunslet when they weren't hammering out locomotives. 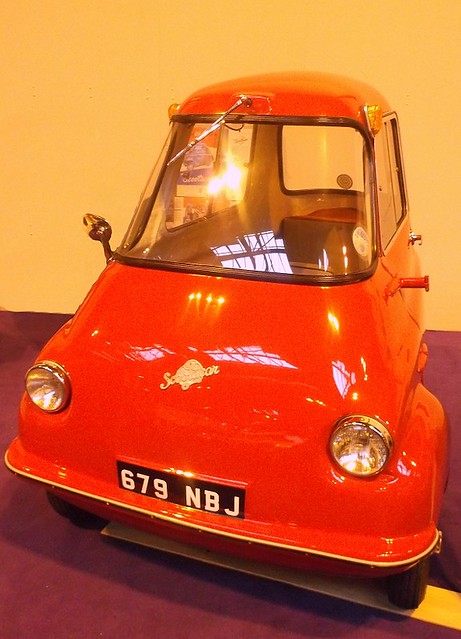 OK, so it's going to be a bit limited in carrying space although it is a two-seater. 96mpg is pretty exciting though.

How about a small van? Something with some Italian style like the Lambretta three wheeler?

Looks good to me although I wonder what it would be like to drive since the seating is very "sit up and beg". Should be nice and nippy around town and according to thelambro.com, all sorts of special bodies were available. Now, if I could find a ratty one, it would be a great restoration project as the thing is small enough to work on in a normal garage. 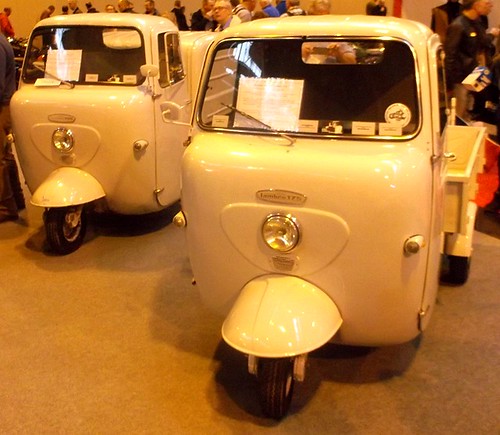 The classic cars we dreamed of as children often come back to haunt us in adult life. Perhaps I was a bit weird but I never liked Lamborghini's, preferring Talbot Racho's which are now rarer than hens teeth thanks to being built from steel that even Alfa Romeo thought was a bit rust-prone. I also liked Beetles but today is a no VeeDub day, so my second choice was the TR7.

How can you not love a sporty wedge-shaped car like this? OK, so the ones made in Liverpool were a bit rubbish but they've probably all fallen apart by now. I'll have a Coventry or Solihull version please. Hard top and as standard as possible, even with the tartan interior. 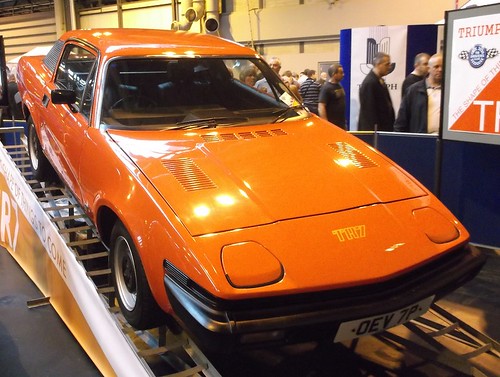 OK, so I have no idea if I'd fit inside and the seats are pretty close to the floor but it would be great fun to try. I actually wanted to ask the question, "What's it like to live with?" but couldn't identify anyone on the stand.

But you can't really end like this can you? I mean a TR7 can be had for under £5000 and that's hardly the stuff of dreams is it? Fortunately, with my imagination off the leash, I found a proper dream car.

I want a Mercedes 300SL roadster.

There was a gull-wing hard top on sale at the show for £995,000 but I assume since you don't get the complicated doors and all that roof, this has got to be cheaper hasn't it? 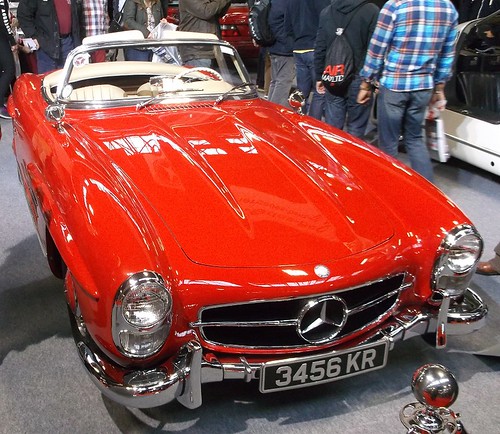 For more photos, including some in black & white thanks the horrid NEC lighting, head over to Flickr.
Posted by Phil Parker at 5:30 AM

Always been an Austin Healey 3000 for me as I had a Triang Minic toy as a lad.