Finishing a OO layout, picking a train set and visiting Hornby in this month's BRM 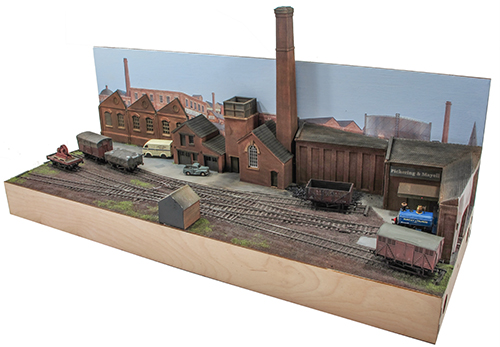 Finally, I've finished my OO gauge Billy Bookcase layout. The buildings have been weathered and fixed in place. Ballast and other stuff have been laid to create a suitable yard and a backscene finishes it off.

There are quite a few tips and tricks along the way - not least Phil's hints on backgrounds and why photographic scenes aren't always the best solution.

It's a bumper Philfest on the DVD. 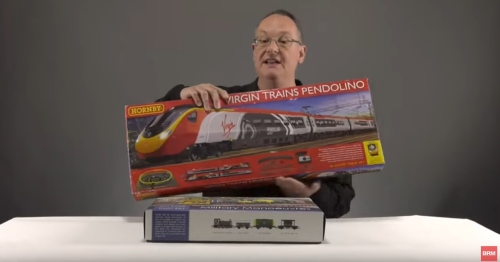 With Christmas in mind, I look at picking train sets - what to look for if you want it to be more than a 5-minutes fad.

I'm also wandering around at the Hornby open weekend. 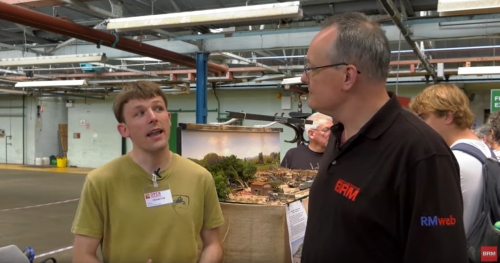 I chat to loads of people and manage to avoid eye-contact with them for most of the time.

It's not that they are boring (far from it) or that I'm rude, the simple fact is that the show was busy and quite a few of the people were so excited by toy trainz that they were oblivious to me and the large camera on an even larger tripod.

Much of my time was spent trying to swat them out of the way subtly while presenting. We had to re-start the shoot with Simon Kohler on the Hornby stand three times are people lumbered across the shoot despite trying to be as out of the way as possible on the stand. Huw Edwards doesn't have this problem...