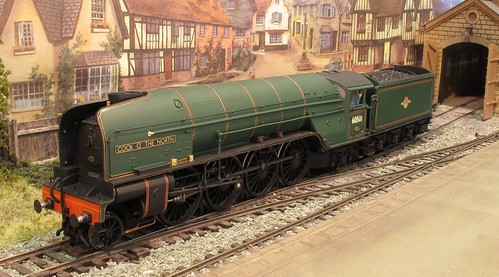 Over last weekend, we had an unusual visitor to Edgeworth. A BR liveried P2.

Now as keen spotters will know, the P2s never made it in to dark green in this form. Gresley fans like to point out that Thompson RUINED the locos in a fit of pique in an effort to bury any hint of success of his predecessor.

Whatever the rights and wrongs, this loco certainly looks good and attracted a lot of attention while posed on the layout. BRM Editor Ben Jones has had the Hornby model repainted by Roger Holland and he's made a superb job. So good in fact, that for a while, I thought it was a production model sent in for review. It very nearly is as this is the fourth Roger has re-liveried.

You have to wonder if Hornby were to re-issue the model with this fictitious livery, would it sell? I'm inclined to think that they could shift 500 or so of them as long as everyone is happy to ignore the howls of those offended by a non-prototypical paint job. While they were at it, a version in early BR blue would look good too... 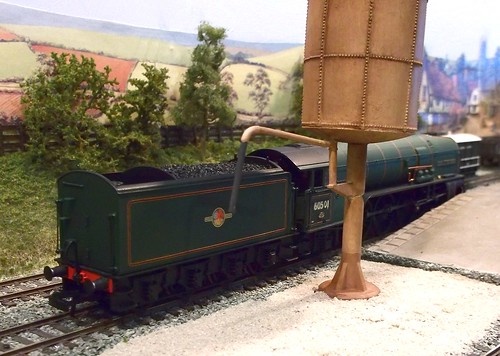 this looks stunnning, it actualy fits the model quite well. i would run it.