Modellers are always moaning about rising prices. It's true that wage increases in China and demands (sometime even tantrums) for ever higher levels of detail are pushing the cost of railway models skyward but this doesn't have to be the end of it.

While we see mountains of new goodies appearing on the model shop shelves, there isn't any need to buy absolutely everything brand new. I'd even argue that there is a lot of fun being missed by anyone who insists that the only pleasure in the hobby comes in new boxes.

This month's British Railway Modelling sees a news series from me - 2nd Hand Saviours. In each issue, I'll be taking stuff bought from second hand stalls or eBay, doing some work on it and (hopefully) ending up with respectable models suitable for a layout.

First up is a particular favourite of mine, the Hornby station halt: 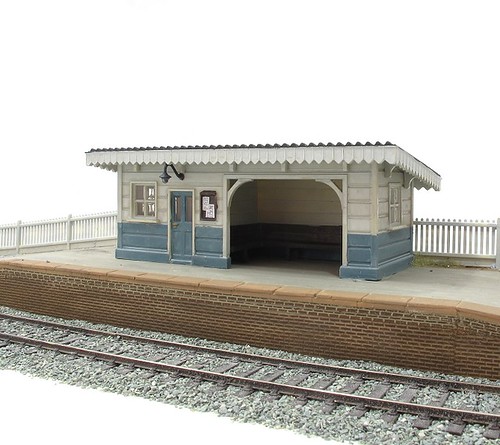 This model has been in the catalogue for over two decades and I've always thought it had loads of potential. Starting with the basic set, I've repainted the building and heavily reworked the plasticy platform.

Next on the bench is a Triang signal box: 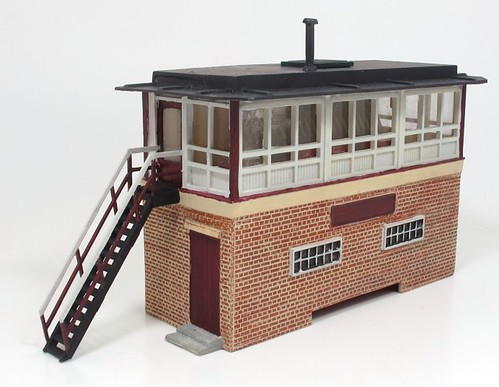 I mentioned this model on the blog some time ago and helpful readers identified the prototype as a BR Type 15. Now I know Bachmann do a ready-to-plonk version but it's over 30 quid - ten times what this one cost me. OK, I hacked the end out of it and rebuilt with plasticard but since the prototypes varied a lot, you might end up needing to do this with the resin version, and the work is a lot easier with plastic.

I've also had my soldering iron out and built a point using DCC Concepts new kits featuring stainless steel rail and sleepers cleverly etched so they don't need to be gaped before wiring up. 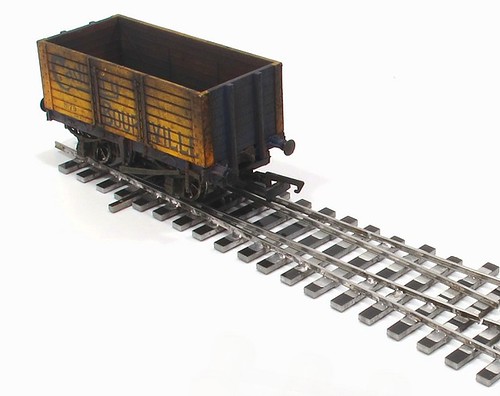 On the DVD, I'm starting a basic skills course. With all the plasticard work going on, I'm showing some of the techniques needed to cut and glue the stuff. Plenty of people will be sniffy about this under the impression that everyone knows all this already, but talking to modellers at shows, quite a few don't. That being the case, I think a few helpful guidelines might set some on their way to hacking up acres of plastic sheet...

More details of this issue and comment on RMweb.
Posted by Phil Parker at 5:30 AM

Can't wait!
Though here in the Colonies we have a three to four week wait until BRM appears at the News Agent :(
Christopher

I think the article will be worth the wait.

However, there is one potential problem - certainly for Phil, or for the magazine publishers.

A lot of us have battered, "could be fixed if we get round to it", models, languishing at the bottom of junk boxes. (Some of these models probably are junk - but that's a different story.)

Also, similar fare can often be found filling up secondhand boxes, at shows, or in the few remaining "proper" model railway shops.

The problem with this is that it might not be too long before you get wishlists appearing on sites like RMweb. Some people might start extracting "thrashed and smashed" artefacts out of their hiding places - and asking you to show them how to fix them up (using their examples as testbeds, of course).

... On second thoughts, you'd probably rather not hear about my personal "Chamber of Horrors" - or anyone else's, for that matter.

It probably wouldn't be too difficult to come up with a long (and credible) list of stuff which could be found very easily - fixable or otherwise.

If you actually wanted such a list, I'm sure you'd have asked us on RMweb.

The idea for this feature has been kicking around in my head for some time. It was also an excuse to use that Hornby halt, something I've always wanted to do as I think it's a cracking little model.

Picking up other people's "junk" and doing something with it isn't a bad idea. We'd need to make them understand that the results might not be exactly what they were expecting of course...