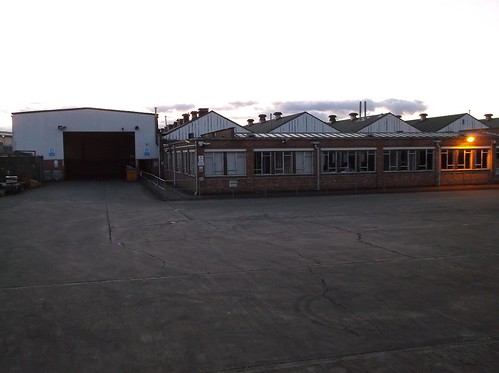 Once upon a time, Automotive Products was the largest employer in Leamington Spa. My dad worked there and I remember in the 1990s collecting him from work occasionally on Friday when the crowds would emerge.


Thousands of people exiting on foot and by bicycle with a few cars. There were those who lived far enough away to drive but they had to wait for the pedestrians as the mob was too thick to push through. A few wives would collect their husbands but generally parked outside the gates and transferred to the passenger seat for the trip home.

All that has long gone, apart from one large stores area tucked behind the massive Woolsey warehouses that now occupy the main site. These have been around as long as I can remember and I'd guess they date from the 1950s or earlier. The factory existed in the war and I think enjoyed camouflaged roof painting. 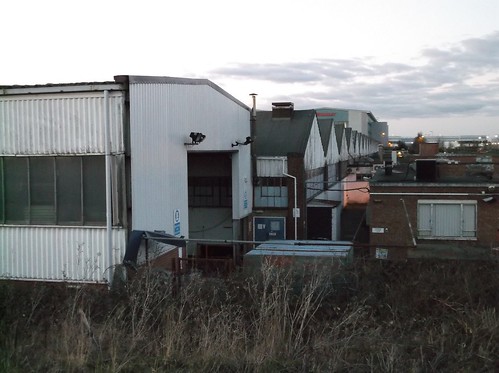 Compared to modern buildings, there's a lot of brickwork in evidence. The site has an air of evolving rather than being designed in one go - hardly surprising considering the length of time it existed.

Has Warehouse Wednesday covered the Slough Industrial Estate and certain buildings in Ipswich Road? The former home of AP Productions.

The correct name is Slough Trading Estate and the APF studios were on Ipswich Road and later Stirling Road.

Currently three new classic Thunderbirds are being shot in premises on Stirling Road.