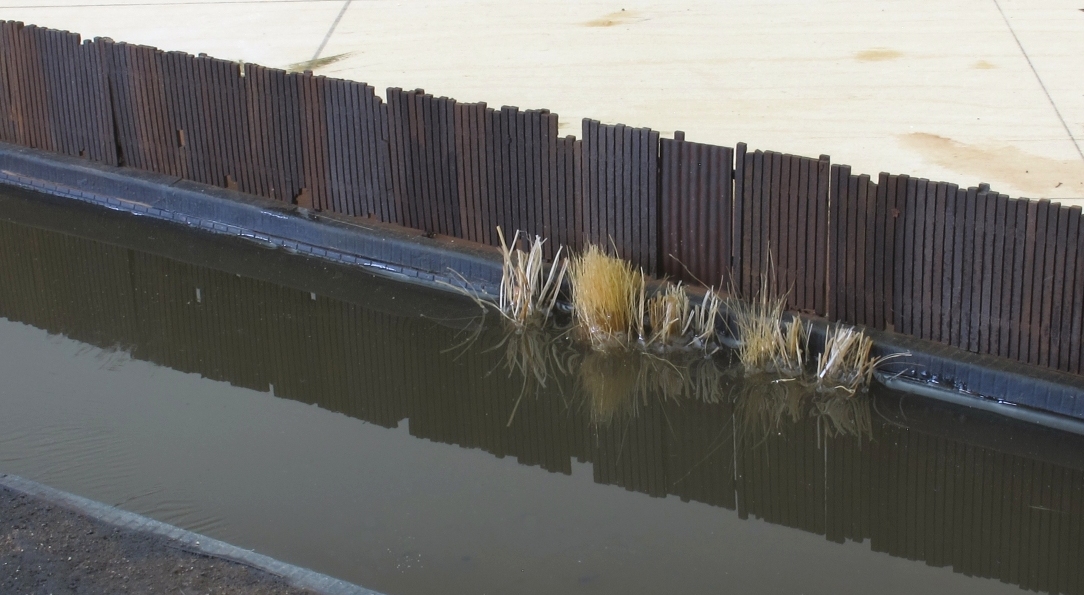 Selly Oak in the 1970s was a bit scruffy and the area beside the canal was a prime example of this. Modelling scruffy can be time consuming and right now, time isn't something I'm over-supplied with. I need quick and effective solutions and when I spotted ScaleModelScenery's wooden fencing online, I guessed I'd found one. 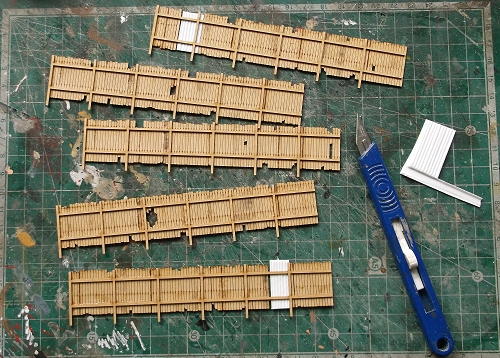 The kit arrives laser-cut in what I think is called "Laserboard", basically a very high qaulity cardboard about 1mm think. Each fence panel is made up of a front with the planks and the framing for the back. Assembly is simple - stick on to the other. The five lengths make up 72cm of fencing, nearly enough for the full run along the canal on my model.

Although the fence has scruffy built in, I felt that a few planks replaced with corrugated iron sheets would only enhance run-down look so chopped a few out before fitting them to the framing. Some South-Eastern Finecast corrugated sheets were then fitted in their place.

Even allowing for this modification, building the fence took less than half an hour, or one episode of Only Connect. It helps I'm too dumb to answer any of the questions in the first three rounds so can concentrate on some modelling. 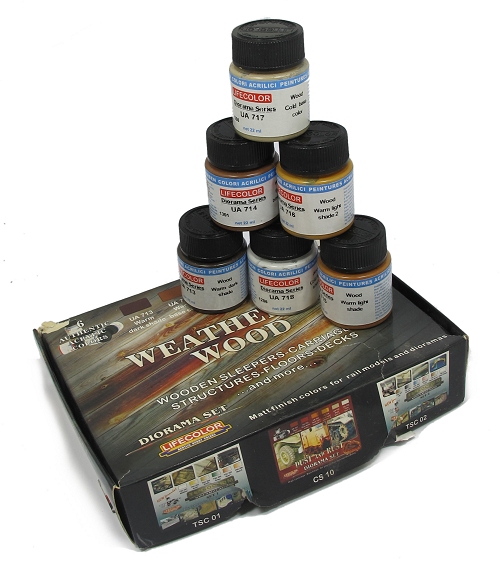 Painting is nearly as quick. I start with a blast of Railmatch track colour spray to get everything nice and brown. After that, some washes from the Lifecolor "Weathered Wood" set of acrylic paints. 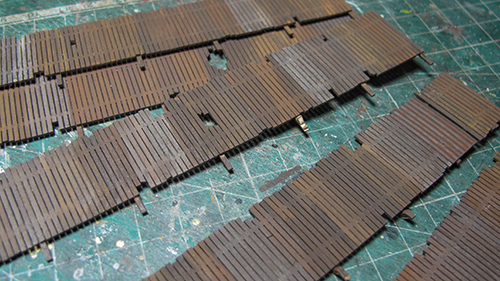 I washed over some planks more than once so the colours (should that be colors?) blended together, in a haphazard way. 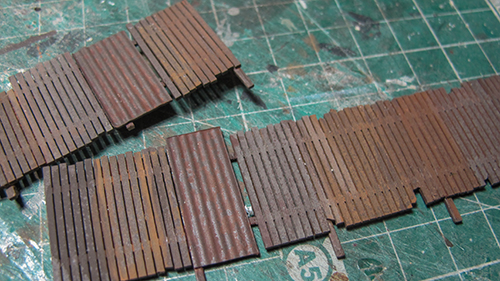 The corrugated panels were washed with paint from the Lifecolor "Rust Wizard" set, which didn't seem to stick very well, but the pooling effect looks quite nice to me so I'll enjoy the happy accident.

Planted into 1.5mm diameter holes, the fence was errected along the canal in time for me to take the final photos for a magazine article. Once I'm ready to glue it in place, I'll add a bit of grass and weed along the base for a properly unkempt appearance.

I really like this stuff and have ordered some more packs for the other side of the canal and also beside the road as I found a photo showing wooden fencing for one section, it will make a change from brickwork.

(Just for clarity, I bought the fencing for the project with real money but the Lifecolor paints were left over from some review samples supplied a few years ago.)