Two new partworks out in the shops this month - Great British Locomotive Collection and Build the Mallard.

The first arrives every 2 weeks with a static, OO gauge, plastic model of a locomotive. The first issue has Mallard on the cover and it's quite a nice model. The detail is pretty good, certainly better than we used to accept on RTR models - separate handrails for a start.

I'd certainly snap these up at £2.99 but even at the full £8.99, I can see them being a popular collectible. For modellers looking at scenic items or shed fillers, then you can't go far wrong. I plan to use nine in weathering experiments.

More sophisticated is the Build the Mallard set which follows "Build the Flying Scotsman" from the same publisher. Again, they have teamed up with DJH to produce the model. Presumably the last series was enough of a hit to justify this one.

I decided to put the cab together with solder rather than recommended superglue. This was a bit of a mistake. The lacquer protecting the brass burnishes off with a fibreglass stick but there's a lot of metal and I needed to use the gas torch to melt the solder. Glue would have been faster!

More details over on MREmag.com today as I've reviewed both mags there. 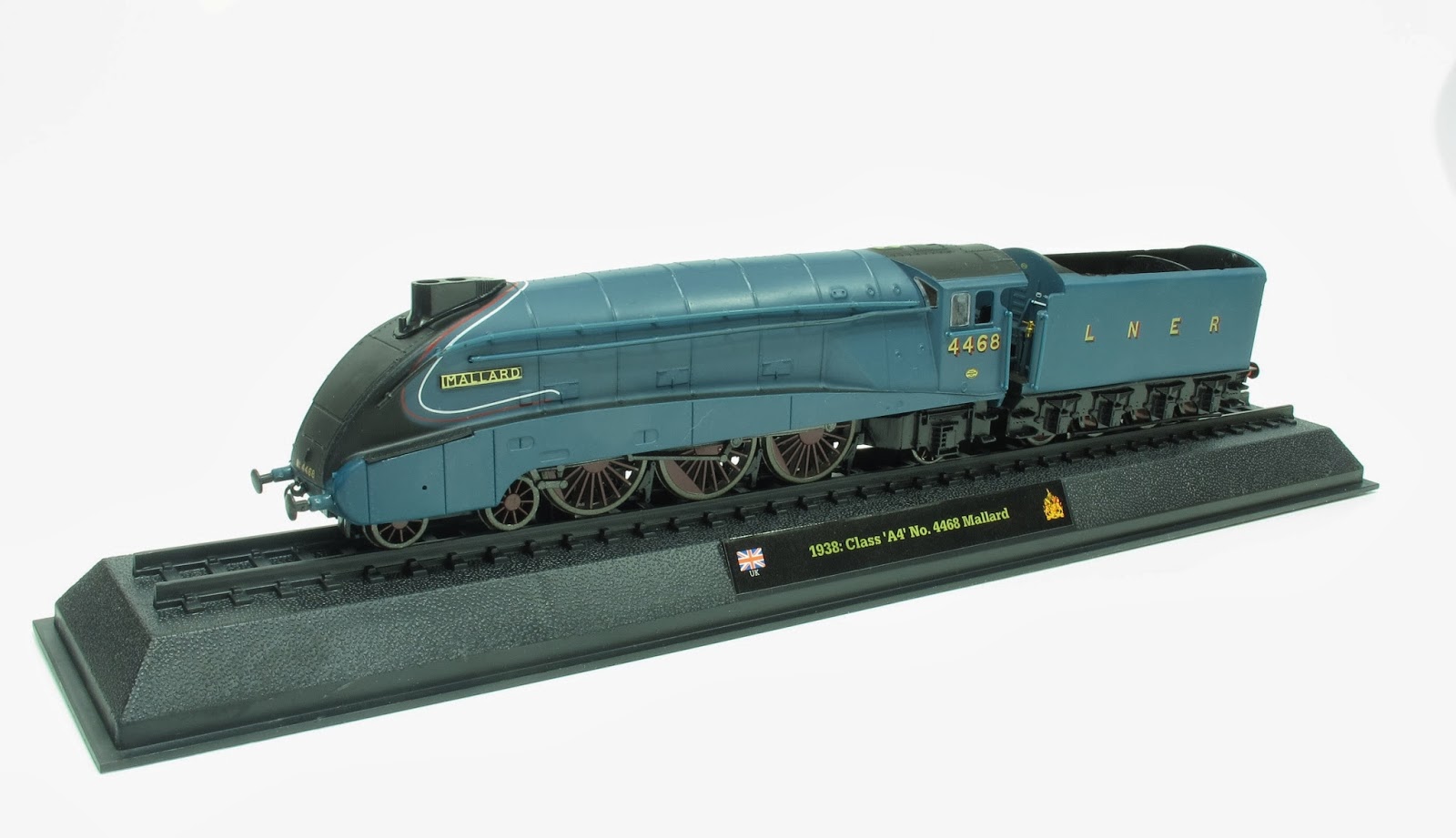