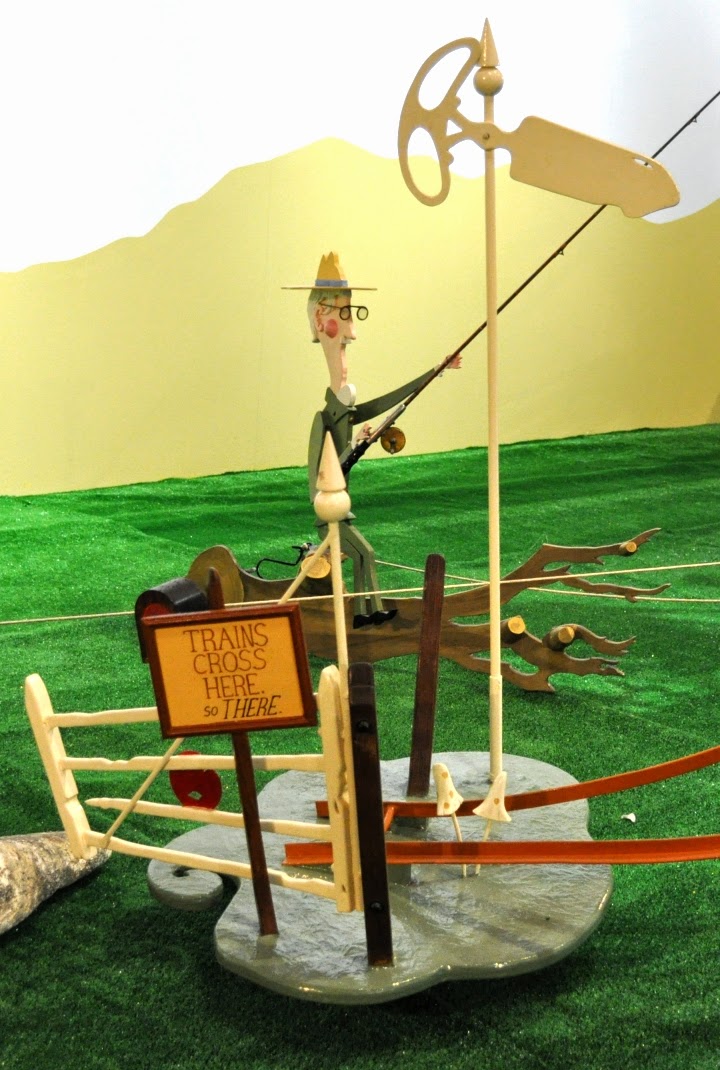 For most railway enthusiasts, mentioned the name Rowland Emett causes them to think of the Far Tottering and Oyster Creek Branch Railway that ran at the Festival of Britain as well as his numerous cartoons featuring transport over the years.

Others will know him as the designer of the star of the film Chitty Chitty Bang Bang as well as many other fantastic gadgets that appeared on screen.

Birmingham Museum & Art Gallery have assembled the largest collection of his working creations in a show entitled Marvellous Machines: The Wonderful World of Rowland Emett.

Arriving in the hall, the display starts with a film of Emett and some background history on his life and work. All around you are original framed cartoons broken down in to subjects that appealed to him such as class and of course, transport.

Despite a background as a technical artist, he moved in to working 3D creations - literally cartoons brought to life and half of the hall is given over to these. Starting with some from Chitty, we then have the Little Dragon Carpet Sweeper, a bicycle designed for lunar exploration, a flying machine and finally, his last display, "A Quiet Afternoon in Cuckoo Valley".

This final piece is made up of several machines from a bathing machine that is home to a corpulent diver to a man on a bicycle to the centrepiece - an almost full sized Emett train.

All the machines are working. The train rolls back and forth on its track. The loco seems to go in a different direction to the coaches. In one of these, a lady is casting around with a butterfly net. 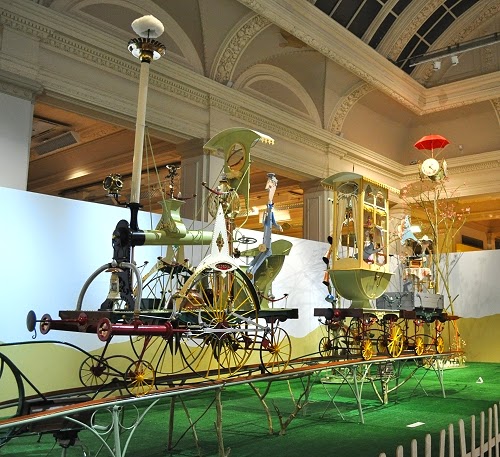