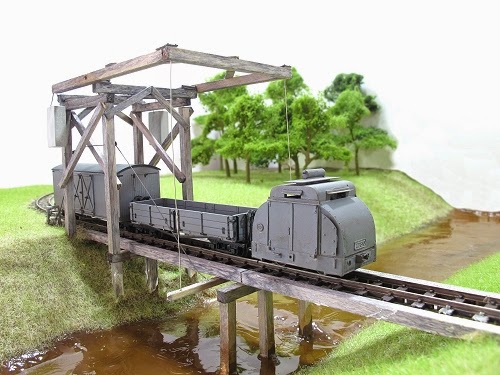 It's British Railway Modelling time again!
The November issue sees a major change to the magazine. For a start the price has risen by 50p. Bad news you might think but in this case the rise is to cover a new addition - BRM TV.
Each issue will now come with a DVD fixed to the front cover (digital subscribes get a free download) containing layout films, product tests and best of all, a practical feature staring - Me.
We've been filming these for some time and to date the DVDs have been part of a Premium Edition sold through WH Smith as a test. Well, it seems the test has worked (don't ask me for the details, I'm talent, not managment) and so we're going to carry on.
Hopefully, this extra content will appeal to readers. It's the 21st century so a multi-media publication isn't such a surprise. What it is, is a brave move to do something different with a model railway magazine. I'm still getting used to being on-camera but if you've seen any of the films and want to let me know how stupid I look, go ahead. I've already inflicted the films on some freinds and so far things aren't looking too bad.
So, what is in this issue? For me it is the first part of a major project - a World War 1 railway system.
Not being what you might call a fan of wars, I decided to eshew the front lines and try for a scene away from the fighting. "Owne's Bridge", named after the war poet Wilfred Owen, has as its centrepiece a lifting bridge based on a design used by the US army to get over French canals. I've built this out of wood, as per the prototype, and also cover miniature woodworking on the DVD, talking about the materials and tools required.
Obviously we need more than just a bridge so this issue covers the baseboard and building an armoured Simplex loco from a kit. Future instalments will include rolling stock, scenery, a farm and detailing.
Talking of detailing, I'm looking at military figures with both Airfix and Revell represented and some more accurate whitemetal models, including the best figures I've ever seen in this scale from W^D Models.
Finally, sticking with the wartime theme appropriate for November, I've written up the build of my RH&DR armoured train. Unusually, this regular readers will have seen this on the blog but I've taken the opportunity to use different photos and a more balanced description of the build.

It's from a plan in NG&I of an American design used in France. The model is scratchbuilt from wood.

Hi Phil, I like you bridge, I am building one like it, does yours actually lift, if so how do you get power to the rails please?

Sorry, my bridge doesn't lift, but if it did, I would feed the power directly to the hinged end with a couple of wires hidden in the grass.