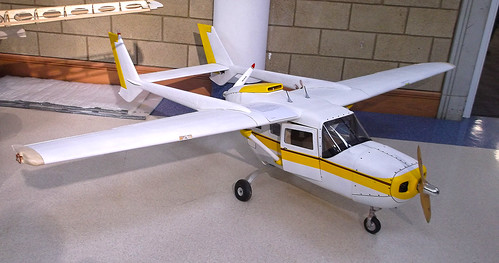 It takes a special kind of person to start building an 18ft wingspan Lancaster bomber - and an even more special one to finish it. At the show, only half a wing was on display, but the workmanship was superb. The same could be said for the 12ft long wing for a Catalina, complete with some interesting and clever linkages. 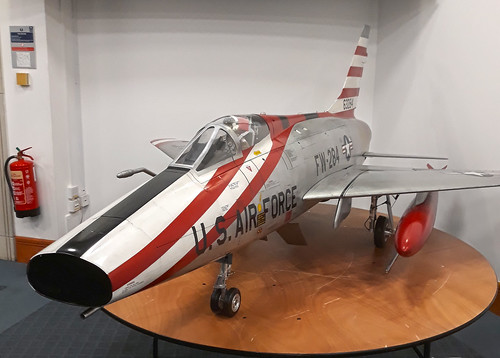 While the number and quality of exhibits at the LMA show was as good as ever, the number of traders has fallen dramatically over the years. Most were in a single room when they would spill over into two. OK, I'm only looking for wood and a few radio bits, but it's a bit of a surprise. Are there many other shows, other then Cosford, to sell at? We aren't talking about toy trains with a plethora of events every weekend after all.

One surprise was on the Nexus stand. In pure value of money terms, how can model railways compete with this RTF aeroplane?  54 inch wingspan and more clever technology than you can shake a control stick at for less than the price of a big OO gauge loco? Only storage considerations stopped me being seriously tempted!

Email ThisBlogThis!Share to TwitterShare to FacebookShare to Pinterest
Labels: aircraft, Other peoples hobbies

Joking aside, that Nexus aircraft is very tempting (or would be, if I had the space to store it and fly it).

Although I know there's more to models than just their size, I could imagine siren voices on RMweb, MRF and other model railroading themed sites, making strident comments along the lines of this "proving" their personal theories of model railroaders being routinely gouged by RTR manufacturers.

As for me, I've just got to decide whether to spend a Saturday at "Warley".

(Well, I haven't yet got my advance ticket - and the current coach timings rule out Sunday.)