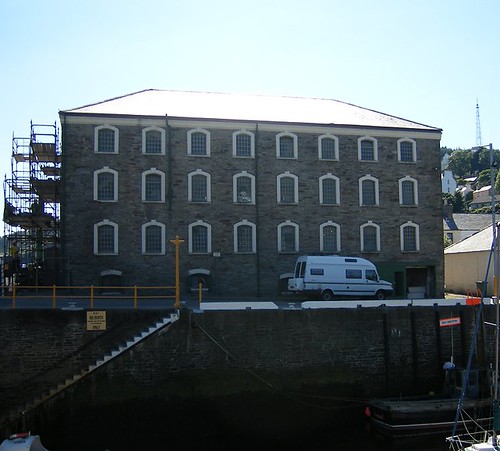 Cross the sea to the beautiful Isle of Man and then head to the harbour at Laxey. It's a bit of a stroll from the tram stops but well worth it. To my mind, Laxey has the best beach on the island when the sun shines. It's quiet and sheltered but there used to be an excellent ice cream kiosk.

Anyway, this isn't a blog about sunbathing, it's about modelmaking and many of you know I dream of building a miniature bit of Manxland. One prototype work looking at is the line on to Laxey quayside. Thanks to a quirk of ownership, it was the only harbour owned by a railway company and as such, there were lines running down there but many years before the steam railway happened.

At one point, there was a plan to run the steam railway to Laxey. There are plans showing the route in the record office and so we wondered if the old horse-drawn line could have been modernised. If it could, this would make an excellent model .

If we built it, the warehouse above would be a must. Stone course experts will be able to tell me this stuff isn't really random but it certainly doesn't seem to be as well cut as normal stonework. Technical term required please.

This contrasts with the very neat window surrounds which look almost as though they have been glued on the wall surface.

An attractive building but not the only one. Next week, we'll continue the walk into town. 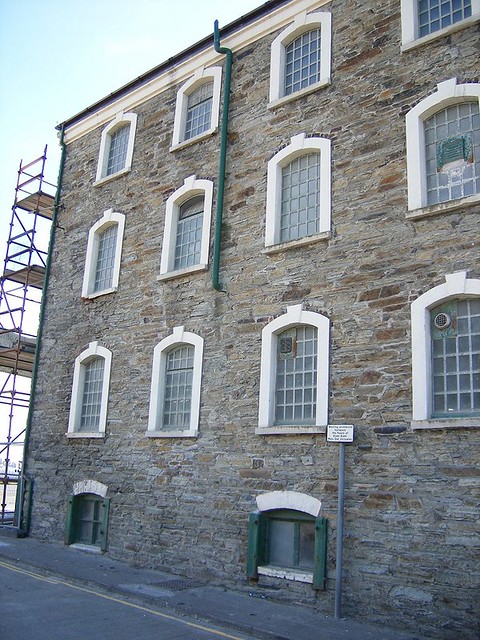 Think you will find it called 'dressed stone'

When I was in IoM last year I snapped some pics of that very warehouse as inspiration
Keep up warehouse Wednesday. Is great source material.
Leigh

I am in the process of building a 7mm scale model of Laxey as if both the Steam Railway round to the key had been built and the MER extension down the hill as well. I have built the basic Harbour and laid the track as per the original plan I spotted in a book on the MER, although I have added a couple of extra sidings for good luck and widened the harbour slightly to accommodate it.

Instead of the horrible looking building on the harbour I have moved the station building from Foxdale to Laxey as well and am setting it back slightly where the car park is now- Because I can!

I am cheating a bit and using 16.5mm track as I want to build and run a few welsh loco's along to the key as well as the Manx stuff.

The windows on the old Pipe factory were driving me mad so I have been working on 3D designing them on the computer- Just need to invest in a printer now! If I can get my head round the 3D printer I will use it to help me produce the trams and bayer Peacocks to serve the line!