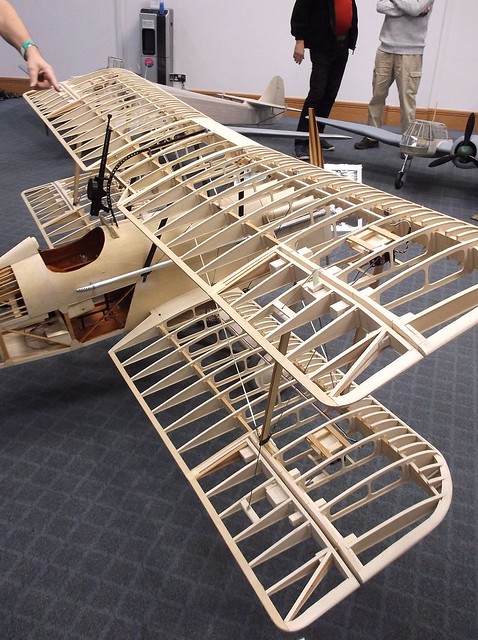 As ever, the static Large Model Aircraft show was home to superb workmanship in wood. There seemed to be a larger number of part-finished models on show this year, which bodes well for next years flying season.

I enjoy seeing built but uncovered models. The structure is fascinating and often strangely beautiful. Laser cutting has revolutionised this hobby, with most of the basic airframes being made this way. Producing lots of identical, or at least graduated slices of a wing is much easier when a computer is doing the cutting. That's not to say there is no skill involved. Quite the opposite. Once assembled, the frame has to be covered, often in wood and film, then fitted out with both power and radio equipment. Then they models have to be finished, and the standard of this is superb. Finally, after CAA approval, the model has to be pointed into the sky. 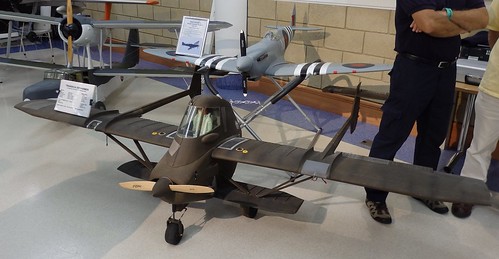 Prototypes a plenty were on show. The Skyfarmer and Cessna Skymasters are odd-ball choices but so much more interesting than WW2 planes. Or at least, the lover of the unusual anyway!