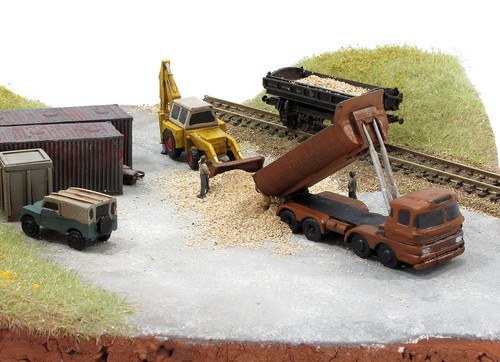 Our Cake Box diorama competition has been very successful and this month I've dropped down a scale to build a scene in N gauge.

Inspired by the DJM Mermaid wagon, I've aimed to represent a preserved railway PW department loading up with ballast. The vehicles are whitemetal kits and it was great fun to be able to build a JCB. "Big diggers" always fascinated me as a child and I still can't walk by one without watching for a while. I'm sure operating a digger isn't nearly as exciting as it appears, but I'd love to have a go. 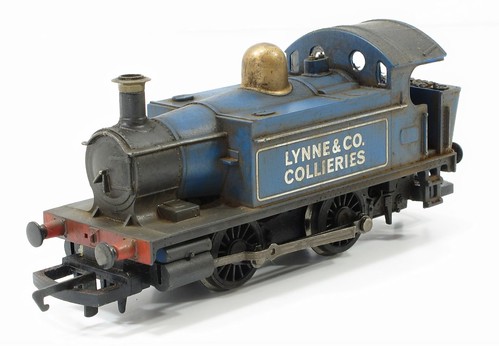 Weathering locomotives is a perennial subject for model magazines, indeed there is a mag devoted to the topic, but it's popular and hopefully useful to readers. I've taken a different tack from normal in an effort to get people to have a go. Using the cheapest Hornby 0-4-0 as the basis, only Humbrol products have been used - washes, paint and powders. As the most readily available range, at least getting hold of the materials shouldn't be too hard compared to the specialist stuff.

It's Christmas of course and so Andy York and I have put together some ideas for presents to suit all pockets. 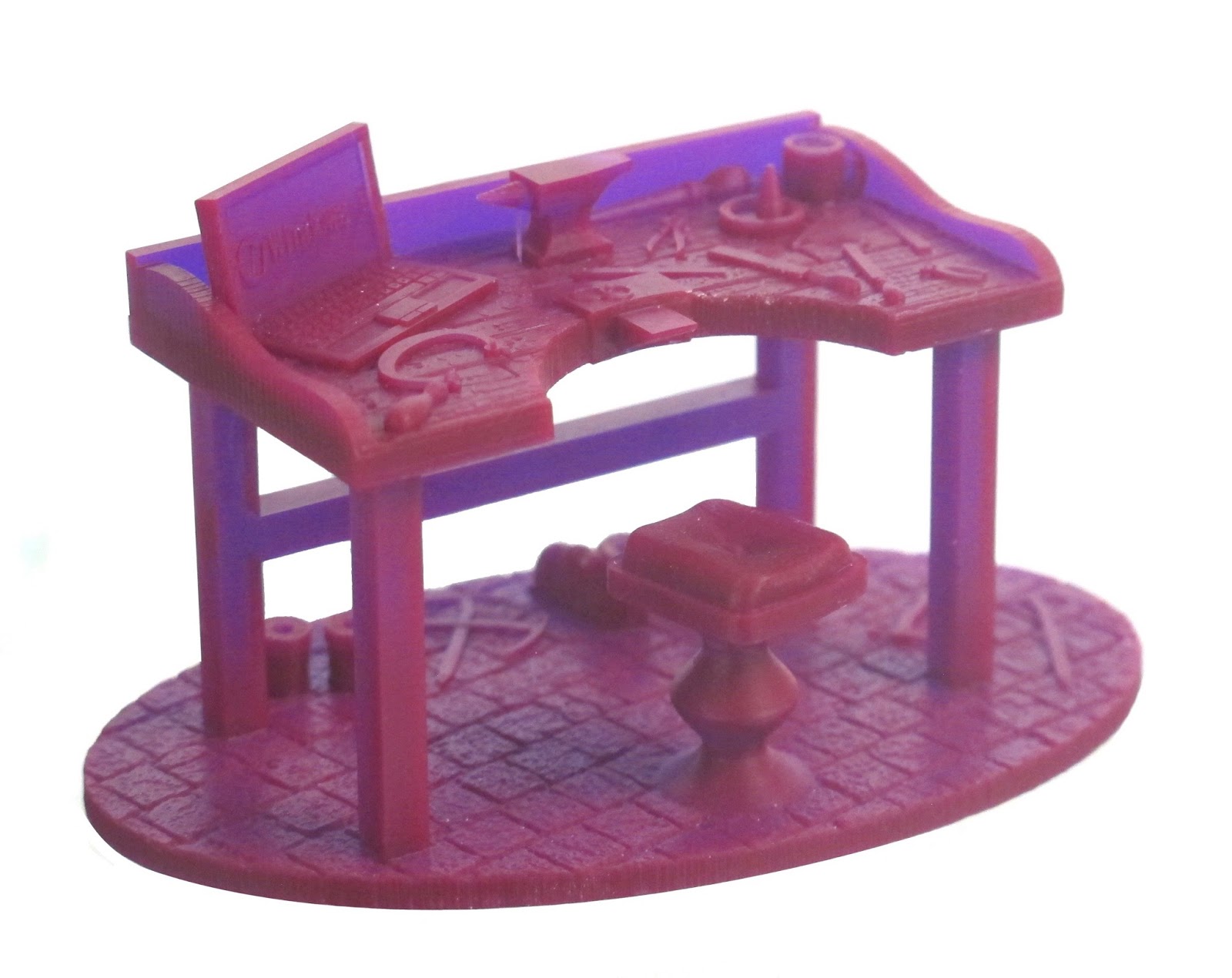 Finally, one of the most interesting trips I've had while writing, a visit to jewellery manufacturer Weston Beamor. Originally planned as a look at the very highest quality 3D printing, we were treated to a tour that took us through the entire lost wax casting process.

Most cast metal components, aside from whitemetal, are produced in this way but most people don't really know what is going on. Well, they will now. Best of all, if you can produce a CAD file suitable for printing, the helpful people there can turn it into metal for you.

More details of the December 2017 issue of BRM.

You need to get yourself to Diggerland Phil!