I'm still keen to build a model boat and so it's back to the kit stash to find something I bought a couple of years ago at the IPMS show.
There used to be a fashion for motorised plastic kits, but mostly cars. There were a few boats including this one from the American Lindberg range. When I saw it on the stand, the idea of taking a model designed to said and adding radio control imediatly grabbed me.
Costing £20, the kit has been opened and the prop shaft and prop removed. A couple of tiny glue marks inside suggest someone has had a go, but they didn't get far.

The parts had been rebagged in thin plastic and as far as I can tell at this point everything is in the box. Even the motor is in there, but I fancy replacing this with a gutted servo with a second micro version for steering. Hopefully, the extra wight won't be an issue, but we'll find out later. 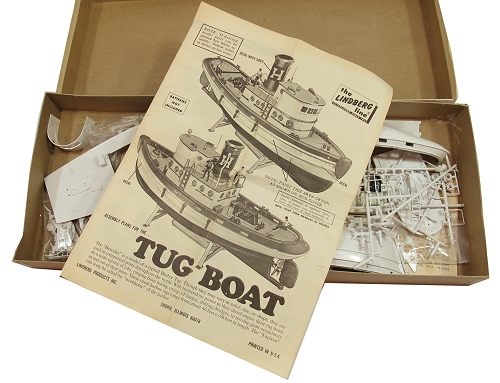 I love the instructions. No CAD drawings, instead we have illustration by an artist. 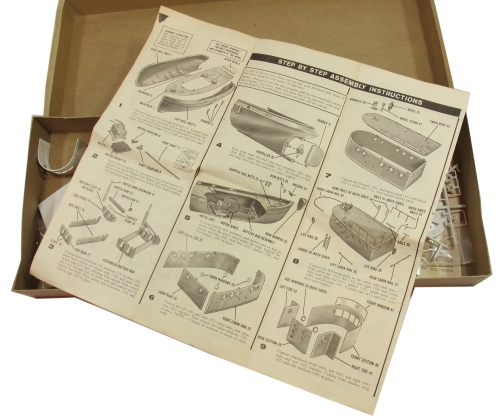 Anyway, I'll dig out the plastic glue and give this a go. With a bit of luck I'll end up with a model suitable for the pool - at a foot long, it might even see a calm day at the lake!
Posted by Phil Parker at 4:30 AM