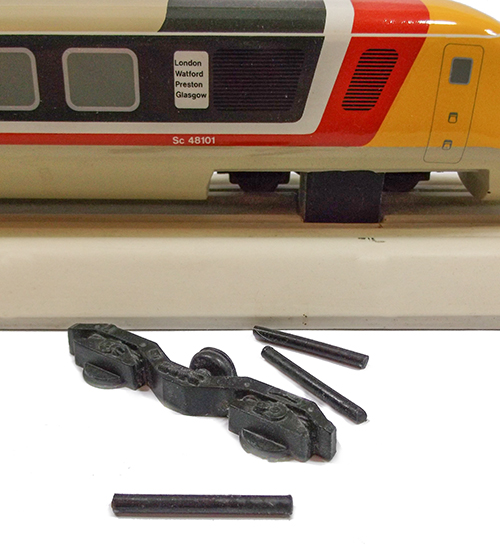 On the top of a cupboard, I have a wooden model of the Advanced Passenger Train.
Produced by Space Models for use in travel agents, these models have become popular among APT fans and are generally worth a couple of hundred quid. As an APT nut, I had to buy one when I had the chance. In fact, I have two - well both were bargains at the time and have increased in value over time.
My model is better than the one in the NRM, but a fall from its perch meant I needed to carry out a few repairs. This job has been around for a while, but now it is done.
Job 1: The bogie sideframe on one end had fallen off. These are plastic and should be separated by a couple of rods. Those on my model were badly deformed and wouldn't glue back in place anyway, so I dispensed with them.
Slackening off the screw that holds the wooden model to its track allowed the sideframe to slot back into place. Tightening it up again clamped the part between body and track, hard enough it wasn't coming out easily. Quite how it fell off in the first place is a mystery. 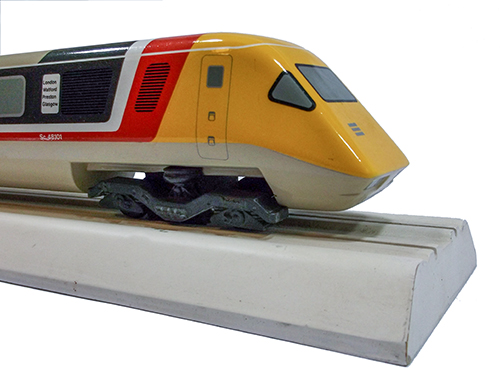 Job 2: On the top, the pantograph had come off in the same accident. 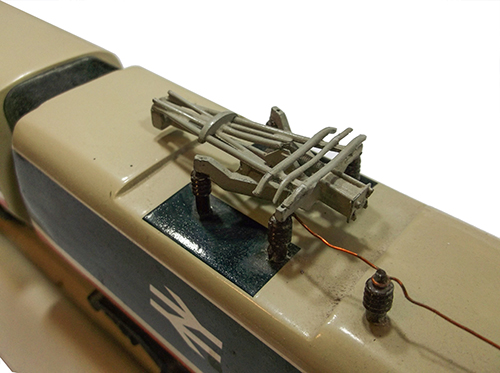 This is a whitemetal piece and locates on top of wires running through insulators. I drilled out the holes and with a little superglue, this fitted back in place nicely.
Job done - it felt a little like an episode of The Repair Shop, but in a good way. Now I just need to dust the thing more often and be careful.
Posted by Phil Parker at 4:30 AM