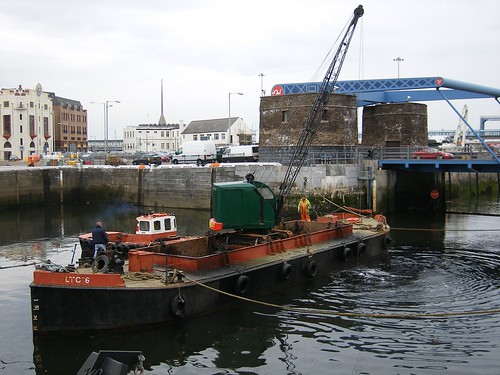 Last week, I featured a small tugboat and mentioned its job was to push around a dumb barge, well here we have it.
LTC 6 is an 80ft long dumb barge with a digger perched on top. According to the National Historic Ships records, she was built in 1911. 98 years old and still earning her keep, or at least she was in 2008 when I took this picture. I'm pretty sure she's still in use today.
Even the digger, or more correctly, dragline, is a good age. I bet it's from the 1950s or 60s. An era when things were built to last or at least be repaired.
Posted by Phil Parker at 4:30 AM