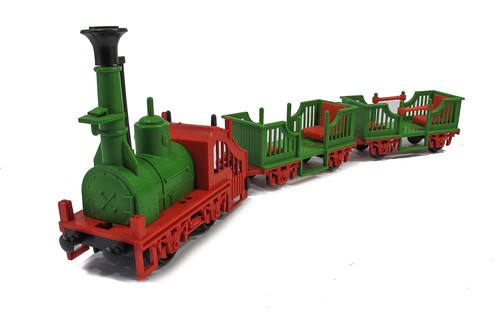 Since I got back properly in garden railways, the amount of RTR stuff that's been made available at the budget end of the market has fascinated me. I've already explained my love of Faller's insane Hit Train. Now my collection has been swelled by a very reasonably priced Mini-Playtrain.

The set was produced in two colours - blue and yellow or the more attractive (and common) red and green. UK sets came with a station, Germans had to do without this. More details on the sets here.

Running on 32mm gauge track, the model is supposed to be filled with Busy-Body* type figures. 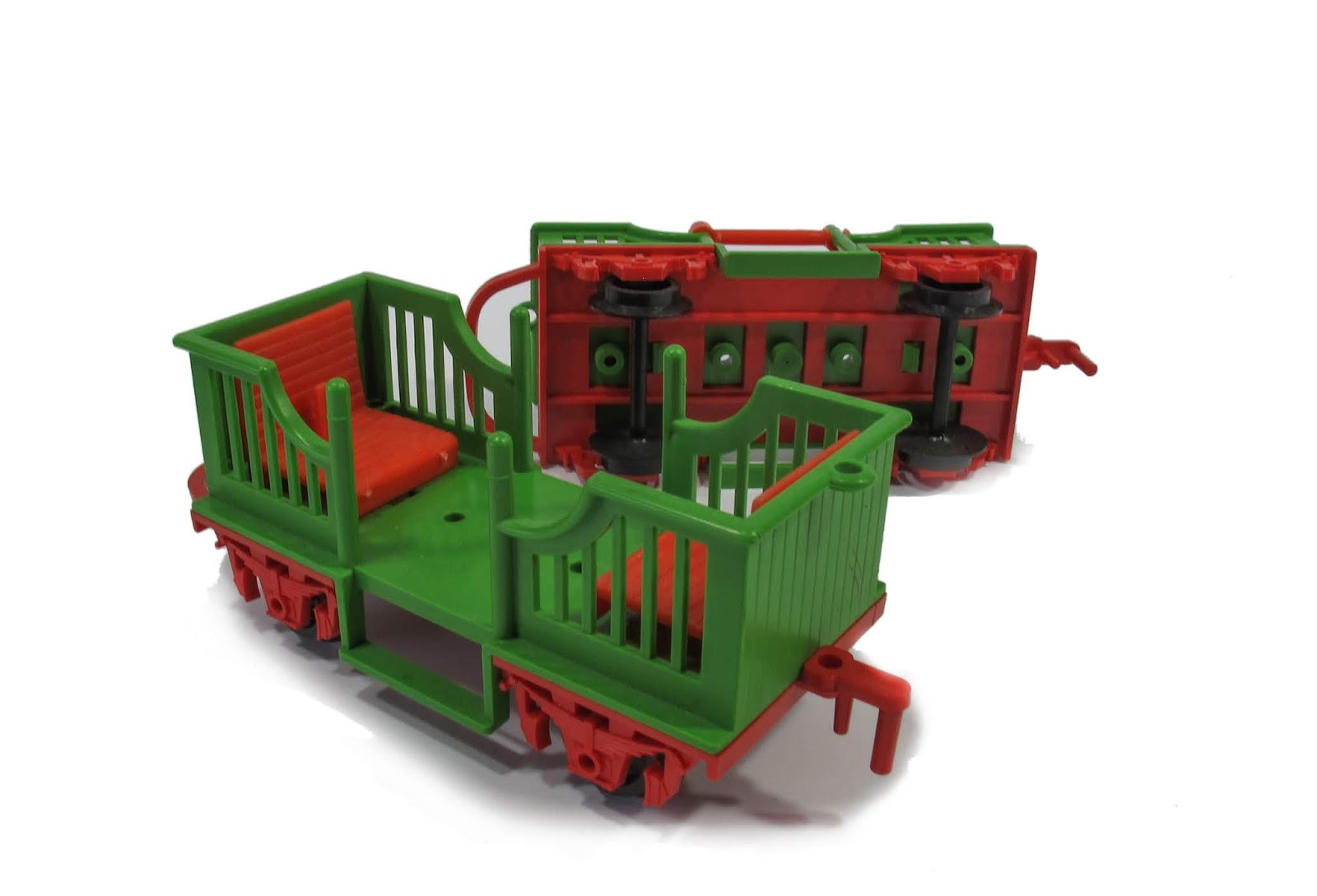 The coaches should have canopies which are missing from my model. Normal figures with legs that bend downward aren't quite as good a fit, but I think something can be done.

However, it's the loco that interests me. 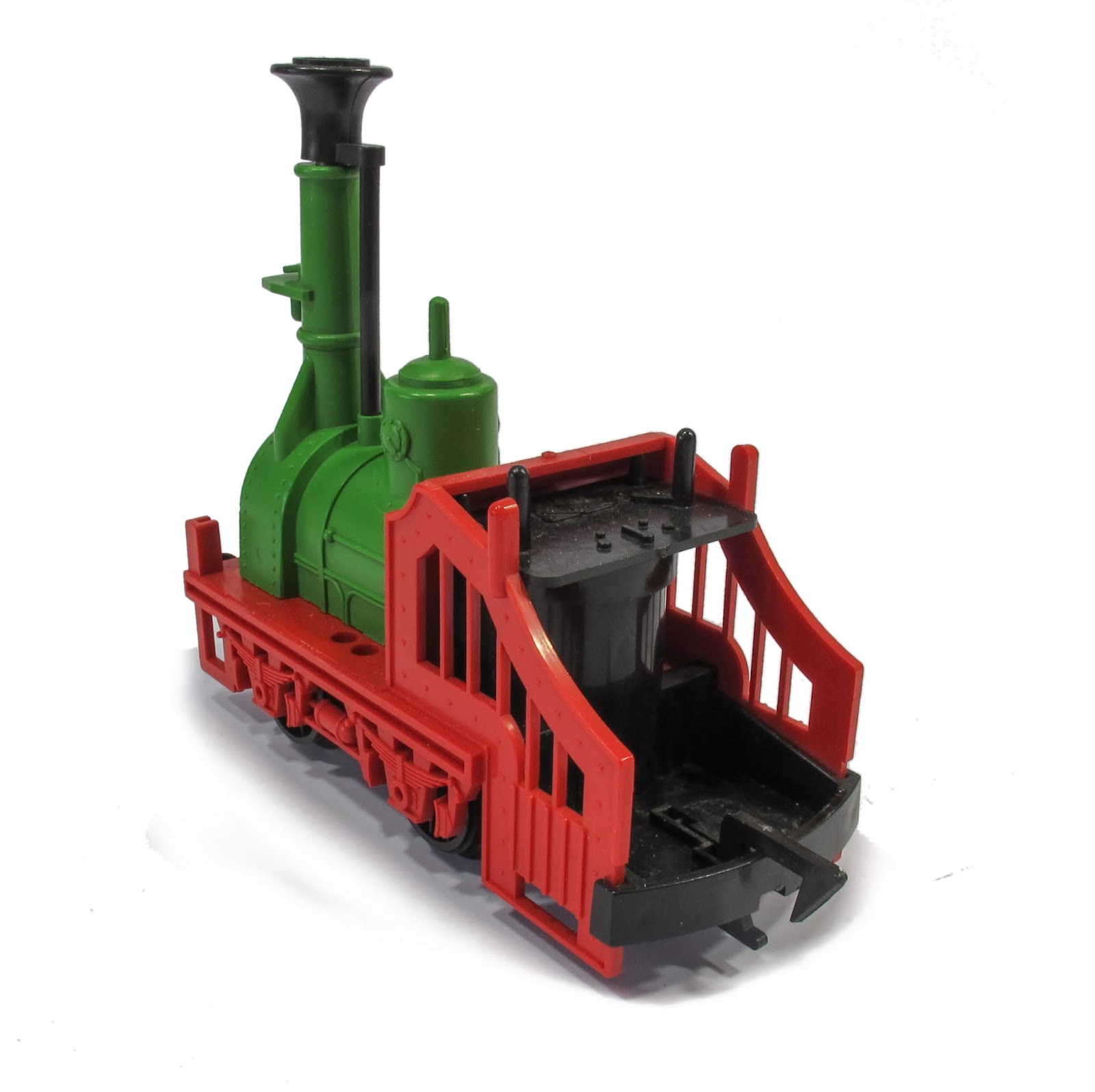 Looking at it, what I don't see is a steam engine. Those controls are for a diesel. Despite appearances, this is a model of a fake chuffer. The sort of thing you find in amusement parks that looks nice, offers a train ride but doesn't need to be steamed at 7 in the morning.

So, my plan is to take this non-working (that's why it was cheap on eBay) model and make it into an amusement part loco. A 16mm figure will stand on the footplate OK. Get the right one and even the tension lock coupling will work, but that will be replaced with a more conventional 16mm thing.

I'll scrape some detail off and replace it. The "smokebox" will need to go black for authenticity, but I'll keep the green and red bits, although they will be painted too.

Silly, but my kind of silly.

*Busy-Body figures appeared just before Playpeople and disappeared pretty quickly after these appeared. I think I had a set, then many sets of Playmobil. Oddly, I can't quickly find much on the web about them.
Posted by Phil Parker at 5:30 AM